Stopping by with Legacy Russell 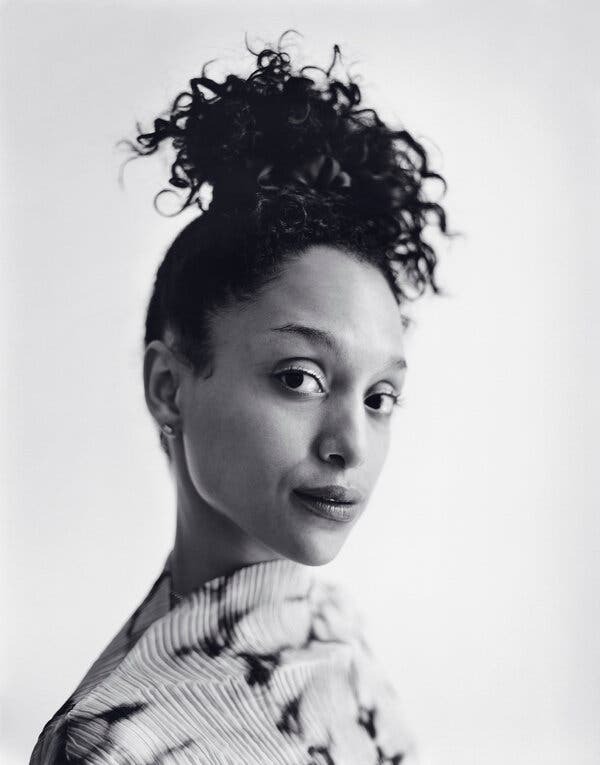 Legacy Russell is a curator and writer. Born and raised in New York City, she is the Executive Director & Chief Curator of The Kitchen. Formerly she was the Associate Curator of Exhibitions at The Studio Museum in Harlem. Russell holds an MRes with Distinction in Art History from Goldsmiths, University of London with a focus in Visual Culture. Her academic, curatorial, and creative work focuses on gender, performance, digital selfdom, internet idolatry, and new media ritual. Russell’s written work, interviews, and essays have been published internationally. She is the recipient of the Thoma Foundation 2019 Arts Writing Award in Digital Art, a 2020 Rauschenberg Residency Fellow, and a recipient of the 2021 Creative Capital Award. Her first book Glitch Feminism: A Manifesto (2020) is published by Verso Books. Her second book, BLACK MEME, is forthcoming via Verso Books.

I go in and out of books depending on what calls to me. Recent reads include Calub Azumah Nelson’s Open Water, Rindon Johnson’s The Law of Large Numbers, Tina Campt’s A Black Gaze, A History of My Brief Body by Billy-Ray Belcourt and pensive returns to Ralph Lemon’s On Value alongside, and in intersection with, They Were Her Property by Stephanie E. Jones-Rogers.

As for things that I’ve seen, I was moved by Sun & Sea, the beach opera composed by Lina Lapelytė and directed by Rugilė Barzdžiukaitė which won the Golden Lion in the 2019 Venice Biennale and recently graced the halls of BAM right here in Brooklyn.

What is some books that changed or greatly influenced your life?

Essex Hemphill’s compilation Ceremonies, John Berger’s To the Wedding, Maryse Condé’s I, Tituba, Fred Moten’s The Undercommons, Claudia Rankine’s Citizen, Paul B. Preciado’s Countersexual Manifesto, Clarice Lispector’s Hour of the Star. Then short stories such as, Yukio Mishima’s “Star,” Donald Barthelme’s “Concerning the Bodyguard,” and Jamaica Kincaid’s “Girl.” These are all texts that, in their own ways, are both performative and instructive, pushing back at limitations of the body as a raced, classed, gendered agent, asking questions about how bodies—vulnerable and radical as they are—can be economies, what that work looks like as it intersects with art, and as it tenderly, artfully, lyrically, intersects with the world.

I grew up obsessed with poetry and I still am now. Poetry is a primary influence in how I research and write art history, shape thought, organize creative projects with artists. As a person super invested in, and curious about performance, technology, and the technology of performance, poetry was my first entry point to understanding what a “score” or set of creative instructions could look like, sound like; poetic language is encrypted language, it can appear very sparse but in fact be very dense, with many hidden rooms.

I’ve also been writing poetry myself since I was a kid and often refer to it as my “secret superpower”—it’s something that I publish and share in the world selectively but very few people know this about me. Because I love it so much and it remains so personal to me as a critical way I process the world around me, I’ve held it gently and close. I’ve never wanted it to touch anything or go anywhere that doesn’t deserve it. So I write poetry for myself, for my community, for those who ask after it, who are prepared to collaborate through experiencing it.

I have memories of standing on a chair in my family’s studio apartment on Saint Mark’s Place—where I grew up in one room, so the entire apartment could be a stage—shouting Nikki Giovanni at the top of my lungs (“Black love is Black wealth and they’ll / probably talk about my hard childhood / and never understand that / all the while I was quite happy"1) and pretending I was in Shakespeare’s Midsummer Night’s Dream (“Fie, fie, you counterfeit, you puppet, you!” and “Bottom! bless thee! thou art translated”). I remember my parents reading Countee Cullen and Langston Hughes to me, and my maternal grandfather who was the one who introduced me to Walt Whitman. I think I had a copy of Frank O’Hara’s Lunch Poems and Allen Ginsberg’s Fall of America before I had other books as a child, along with The Art of War by Sun Tzu, which was a gift my father, a photographer and activist, gave me at a young age—imagine my ten-year-old self with that!

How has this last year changed you and what is something you will take with you into a post-pandemic world?

This year has changed us all. It is a time of loss, morning, rebirth, and rebuilding. It is a time to put theories to action. It is a moment to remember that the quiet interior self in-progress is equally as important as the externalized self constantly in motion. My commitment to breath-work, silence, taking breaks, finding time to rest, is in a direct response to the lessons of these past 18 months.

I’d prefer not to pick just one. If you see me—ask me. I’ll see what sort of mood I’m in that day.

I might write and rewrite lines quietly, meditatively, from one of my favorites of all time, Richard Siken’s compilation of poems, Crush. Or perhaps turn to Ocean Vuong’s Night Sky With Exit Wounds for guidance, not to write aloud, but to read softly to myself, or between myself and a dear companion.

The role of art is to answer to the demands of the world, but also to imagine for us all a life beyond the end of this world right now as we know it, to give us the elastic, ecstatic, symphonic possibility of an imagination that drops us outside of the known horizon line.

As a curator and writer, I want people to feel a sense of ownership over my work, and a responsibility for its carrying and care.

I’m working on my second book, BLACK MEME that explores the intersections of Blackness as a technology and the role it has played in driving a networked and hyper-mediated viral culture from 1900 to present day here in America. This is running alongside other projects and exhibitions. It’s a breathless time, but exciting nonetheless. Stay tuned.

Stopping by with Omar Berrada

Stopping by with Katie Peyton Hofstadter