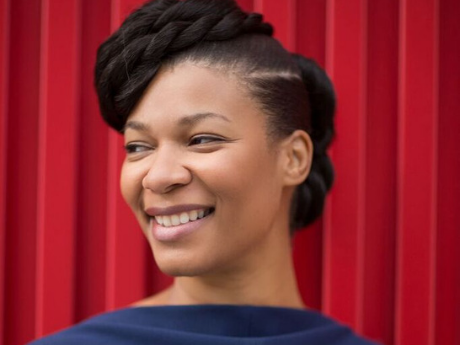 The Black Poets Speak Out (BPSO) movement is a confrontation. It is a response to a longstanding pattern of impunity -- legal protections afforded to public servants (paid with public taxes) who kill Black men, women and children. Writers around the world are reading poems from the extensive cannon of Black protest, demonstrating how long Black bodies have been treated as disposable. BPSO is a chant of witness. It requires that the public disabuse themselves of beliefs that Black lives are less valuable than others. It demands an end to the killings.

The public had already exhausted every template of "protest"---we had already taken the streets, highways and public spaces. No one anticipated a protest in poems -- a chorus of writers reciting a history of abuses against Black bodies.

I think the Los Angeles call was met with positive curiosity. Upon our invitation to writing peers throughout The Southland to read in solidarity, we received overwhelming support from PEN Emerging Voices, Cave Canem, Kundiman, VONA, CantoMundo, The World Stage and InsideOut Writers communities. The Los Angeles Poet Laureate opened his schedule. Everyone is prepared to lend their voices. The reading -- to take place on Saturday, February 7th -- will be a warm and willing intersection of poignant writers who have worked in solidarity in the past. I can only see it strengthening our ties, but I very much want the local event to change how we use poetry as a catalyst for social change. Policy and poetry are written art forms that shift thinking if giving the right context. *Now* is that context.

How will your art continue to respond to the community and sustain your artistic goals?

I struggle with this question. My writing examines mourning rites---how we respond to loss and what language we give to this experience. The last year has been a long season of losses without time to recover. Violence is rife; it feels as if every day is mourning and ritual. At all costs, I want to avoid capitalizing on the pain of this situation. Yet I recognize that these losses are producing the language we lack when it comes to loss. Would we be able to cope or demand justice if we could articulate how our very lives are meaningless when we can't protect one another? Possibly. We are each feeling these tragedies deeply and uniquely. In acknowledging that, I hope to create some space to write the sadness and let the readers take what language they need.

Khadijah Queen's reading of Harryette Mullen's "We Are Not Responsible" is particularly striking to me. Khadijah is a visual artist and this video poem is accompanied by a selection of images that capture the nation's history of violence towards Blacks. The denials in Mullen's poem accompany visual evidence to the contrary much like what the public is receiving in the case of Eric Garner. 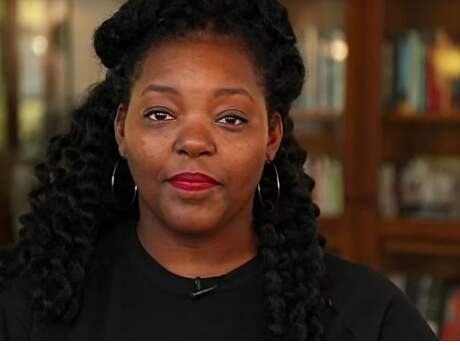