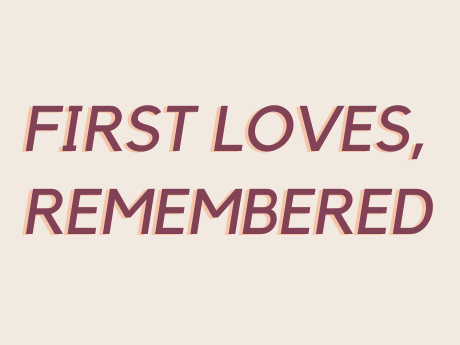 In the haze of the landscape,
after the death of cities,
on the main line of a love,
your body a recollection.

O gardener of memory,
plant a flower of certitude.

Tell me the tree that is like
the earth where I will sit
when light and night merge.

Translated from the French by Nathalie Handal.

I looked up. There he was, and then wasn’t. A glance that lasted decades. The type of love I was told that doesn’t work but somehow does. He always came back. His lips close but never reaching mine. My fourteen-year-old heart suddenly understood what my older cousin once told me while both our feet were in the sea swaying like labyrinth fish: that love is a torn place we can’t keep. I wished she had been with me when the burning inside exposed me to the wounds of the future. She might have told me it isn’t that simple or that the sea will save us. I returned inside the house. Dalida was playing downstairs. Donna Summer upstairs. The sea outside. The light coming from the window formed long columns on the walls. In between the light, shadows highlighted the family pictures, a mid-century chair with English-green cushions, a painting of Madonna Nera, mother-of-pearl boxes, wooden rosaries, embroidered pillows, cassettes and coffee cups, the image of Jerusalem’s Mount of Olive, a map of ancient Rome, another of the 20 arrondissements of Paris, and a vintage photograph of Bethlehem. A chaos like remembrance. The rooms want different versions of our grief. Of our love too. Stories in French, Arabic, Italian, Spanish, Greek, Armenian moving in and out of the rooms as if they were the same body. And everywhere I looked were books—each an earth. There was no place for my love story, my heartbreak amidst so much loss. I should have known by now that exile took everything. That’s when my aunt called me over. She had an early birthday gift for me, “Juillet de ma mémoire,” she said. I love the word July in French. And then she recited Nadia Tuéni’s poem. The final lines stole me away from everything that day— Tell me the tree that is / like the earth where I will sit / when light and night are confused for one another. I knew that instant that a poem was the heart I wanted to live in. As I write about this memory now, and translate the poem, I realize in French se confondent can be confuse or fuse, merge. I imagine Tuéni was playing with this nuance—this moment of union so sensual, erotic, maybe timeless. And I am reminded how poetry always unites me to everything, and keeps surprising and transforming like great love should.

Nathalie Handal was raised in Latin America, France and the Middle East, and educated in the United States, United Kingdom and Asia. Her recent poetry books include Life in A Country Album, winner of the Palestine Book Award; the flash collection The Republics, winner of the Virginia Faulkner Award for Excellence in Writing, and the Arab American Book Award; the critically acclaimed Poet in Andalucía; and Love and Strange Horses, winner of the Gold Medal Independent Publisher Book Award.