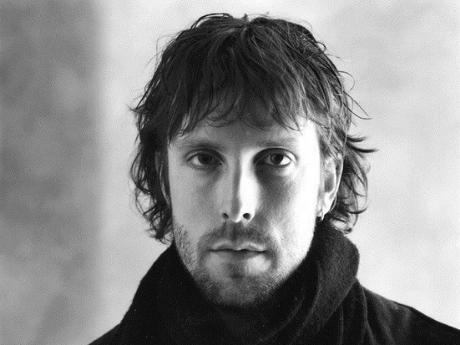 The only thing that fits around our waist is also known
as a mugging.
It would be redundant to call the police.
The holiday decorations droop beneath the weight
of their chipper histories.
Half of them will end up curbside with last year's trash;
the rest go in a box stored in the back of a closet
along with the black bows we wear as hair bands
or chokers.
Is that why this beginning feels so much like an ending?
Or maybe I stayed up too late again trying to figure out an abacus
counting hard candies, rent checks, yellow knee pads,
and your name printed in Braille.
Besides, certain activities are more fun in the dark,
like denting the appliances with other appliances.
But it's so much bigger than me, each cloud
with its own trademark.
Sometimes you pass quietly, rubbing into the fur
of an animal or the officer's collar.
It doesn't have to involve an earthquake or fire.
Blue flecks in the Styrofoam cooler look invisible
against the lake.
Small candles reflect off the burnished bar.
Later, we watched the river from your window,
letting something more obscure cast the tiebreaking vote
between right intentions and cinnamon bun hijinks,
because it's all about the slow sizzle
and not how quickly you can sear the meat.
Save that for when we're starving cannibals again.
Save it for a trip to Reno.
I never saw the movie version; I didn't even read the book.
The shopping carts are wider than a car,
and fizz like soda when crushed by the compacter.
A sluggish disco ball throws its broken reflections around the room.
No wonder I couldn't find the hook, only a moonbeam.
This might be a good time for a group hug,
except everybody's on vacation.
Anyway, aromatherapy is a loose category around here.
So too is sand in the steel girders, sunk before the bridge
was ever built.

I almost never write a poem with a sense of what it will be about. I don't use preexisting forms (traditional or otherwise), writing exercises, or poetic formal devices to generate material. At this point in my writing life, I do tend to think about a whole manuscript while I'm composing individual poems, so I might begin a poem in relation to a manuscript with the thought that it should be a longer poem, or a shorter one, or perhaps lighter in tone, or maybe more fierce. But overall, I prefer to keep the parameters loose.

That said, each poem tends to find its own shape and pattern. A poem's visual quality is important to me, and my poems oftentimes have a similar number of lines in each stanza, relatively clean margins, and consistent spacing. The strange thing, however, is that this visual quality is determined by the unique rhythm of each poem. I initially begin a poem writing by hand, and allow the pulse of the poem to dictate how it appears on the page before I type it into the computer. Once it's on the computer, I don't fuss very much with the language, but make lots of little tweaks to the visual dimension.

If I've avoided explaining the ideas in "Dark Waters," it's because most of them were arrived at after the poem was written, so to speak. This doesn't mean that I don't bring a whole set of aesthetic, cultural, political, social, and autobiographical concerns to every poem. It's just that I don't let them sit on my shoulder and watch me write in the way that I used to. I like to locate a poem in place and time, and "Dark Waters" was written around Christmas 2010. Other poems of mine reference Christmas because it represents an excessive version of everyday life's hijacked desires, rampant consumerism, and material and psychological disappointments. Even more of my poems reference the police—in both its external and internalized modes. There's a reference to endings as quiet or convulsive. I mention the military, and there are frequent references in my poetry to the military, war, and the militarization of private and public life in the United States post-9/11. (Ever seen Vin Diesel in The Pacifier?) My father was in the military, so there's an autobiographical side to this as well. There's a nod to Timothy Donnelly's terrific book of poems, The Cloud Corporation. In other words, every line is there for the unpacking, but along with the reader, I don't usually unpack it until after the fact.