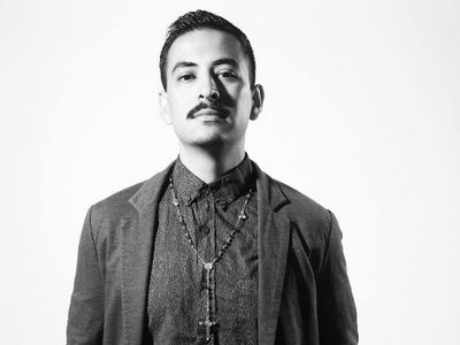 I read a picture book to my son about a father crossing the border with his own son titled "La Frontera."[1] My son just turned one and is too young to know what a border is, or that frontera means border in Spanish, or that there are two languages I am speaking to him, or that they are words that point to something outside of this small world made up of only us two, as he nestles himself next to me in his skinny pajamas before brushing his teeth and going to bed. He does not know what I had to do to get to this country of his birth but one day will. He will one day learn when to use Spanish, when best to use English.

I expect him to turn the page when I'm done reading because I stop and look at him, (his queue) and because he looks up at me with great care, looking for the gestures in my face that say "what's next?" I know he is struck by the colors as he turns the page, his dark eyes lighting up with wonder.

In the book, the mother is saying goodbye to her son, who will accompany his father on the long journey north. She says to him "You must think of yourself as a little bird," and here I stop reading to pick up my son and toss him in the air and buzz him around like a little bird.

I have been held in disappointment for a long time because things haven't gone as I expected them, and I have come to appreciate when even small things that I expect come to pass. I am tired of surprises. I recognize this as a fault, trying to obsessively control everything around me, which is bound to end in failure. There is a small relief even in misfortune if I was sure it would happen—in predictability. I put my son down and continue reading. "You must think of yourself as a little bird who does not need much to eat or drink to keep flying north." Dismayed, I put the book away, I put my son to sleep. Didn't the author succeed? Isn't that what I was told to do by mentors—Keep your reader in suspense. Break the patterns you establish.

Birds don't need much, a few breadcrumbs here, a seed or two there. When I was young, I used to keep two of them in a small cage, and all their living took was a thimbleful of water and pinch of millet. I hardly thought about them until they died. And then I thought about them a lot. I expected them to do nothing but live until they didn't. I expected many things that never happened. I was sure, more than sure, naïvely more than sure, that Darren Wilson would be indicted for murdering Michael Brown. A friend laughed at me. I was sure Trump would not win, I was sure DACA would stand, I was sure the wall would not be built. I'm not so sure anymore even though it hasn't happened in its totality.

Right now, I am uncertain of many things, not an uncommon problem among us. In this regard, everyone is just as boring as me. Both my parents are under asylum proceedings, waiting for their immigration court date to see if they will be allowed to remain in the country which was coincidentally set on the same day as the AWP conference, at the exact time I am scheduled to read poems in which I make patterns and break them. I don't know what to expect anymore.

I'm climbing out of a five year depression rife with failed expectations. I think I am starting to be happy again. I have no expectations of what that may bring, only that I am making no demands of my joy. The boy in the book did exactly as you would imagine. It was hard. His siblings left behind were much older the next time he saw them.

I expect the worst so that even if the worst happens, at least I anticipated its arrival. And if it doesn't, so be it. Like everyone else, I wish I too could see the future but not for any reason other than to stay longer here, reading to my child about the least amount of anything you need to get by, a thimbleful of water.

Toni Morrison begins Sula with a dedication that says "It is sheer good fortune to miss somebody long before they leave you. This book is for Ford and Slade, whom I miss although they have not left me." This I know for certain, my child, I already miss you even though I have not yet left. Everyone already knows this about whomever they love. I say this so that I can stay here longer, in what I know. This perfectly predictable thing.

There are things that I know are certain. Death among few others. Is it wrong to think one is entitled to some kind of assurance that life will not be terrible in the years to come? Can I demand at least that little from my country? That I can read this book to my son years later and he will know why I couldn't bring myself to finish it. 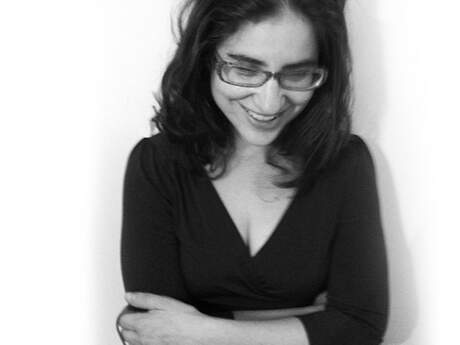