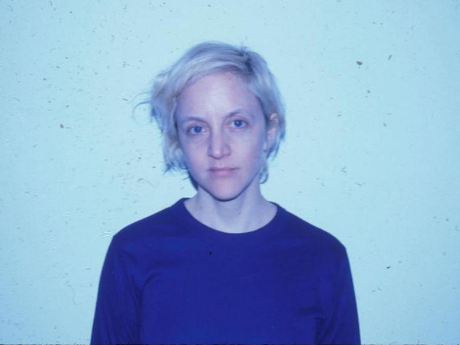 I was born on an US Air Force Base in Germany. That it was a US military base and that my father is an American allows me to say I am an American poet. But I could also say I am a German poet because of my birthplace and the fact that my mother is German. Another question might be, "What makes me an American?" My love of American culture or, rather, my adoption of American culture? Or, perhaps, the simple fact that I grew up in the United States. Because, of course, I did: I grew up on Bundt cake, chocolate chip cookies, Scoobie Doo, American fashion magazines, and I attended public schools. I think, I dream, I breathe the United States of America.

The incessant needThe incess to "make it new." This is an American trait and one that, I think, has a huge influence on our poetry. Another American trait is our compulsion to separate ourselves as different (more avant garde, for example) from one another, this, and the need to name and label other poets. This is not unlike our culture overall and how a huge part of marketing is about naming the newest whatever. In the end, conceived "newness" often trumps quality and thoughtfulness.

America is a kaleidoscope of cultures, influences, voices, etc. We are a hybrid nation so when I think about what is American about American poetry, I think of this. (I'm a hybrid: half German, half Mexican. Also, I grew up in Northern California where most if not all of my childhood friends were of mixed cultural backgrounds).

Personally, the work I am most moved by is work that reflects this vastness, this gorgeous chaotic kingdom of what we call "America." These are poets whose work reflects the dissonant chaos of our culture, its myriad languages, totems, and music; poets who, rather than compress down (which is an attempt to formulate a discrete answer) expand, go out, query in their work are the poets I am most inspired and drawn to. Some examples include: Whitman, Eliot, Graham, Rector, Wheeler and more recently: Liz Waldner, and Kathleen Graber.

I am a product of the US. I grew up in the US within its culture and, specifically, in California. I grew up in malls, listening to punk rock (Southern California punk rock, to be specific) and skateboarding. I grew up in Santa Cruz California so I was surrounded by surfers, and beach culture. I listened to music day in and day out: European and American music and I grew up hanging out in downtown Santa Cruz, spending hours and weekends inside independent record shops, the local book shop. I may have spent half my teenage years buying records and going to shows—punk rock, again, in garages, and tiny venues. All of this—California (Northern California) culture influenced me and still does. And despite the fact that I no longer watch TV (I don't own one), I am always inside this culture and, as such, I it is my goal to continue to reflect the popular culture and the current state of things in my culture into my work. It is the aim, I think.