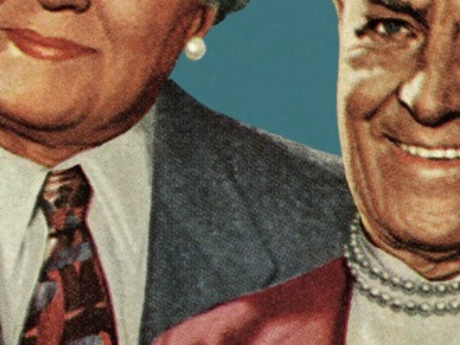 In How We Decide, science journalist Jonah Lehrer relates the findings of a social psychology experiment in aesthetics. Two groups of female college students were asked to choose their favorite of five posters--a Monet, a Van Gogh, and three humorous cat pictures--which they then got to keep. While this sounds more like the setup for a joke than an experiment, it's funnier than that. He asked one group to choose their favorite without thinking; nearly all the students chose the reproductions of paintings. When he asked the other group to deliberate and explain their choice, half decided Hang In There was for them. Why? Easier to talk about. "These posters gave them more grist for their explanatory mill," Lehrer writes. And how did that work out?

In order to see which group made better decisions, Wilson conducted a follow up interview with the women a few weeks later. He asked them whether or not they still liked their poster, and how much money it would take to buy the poster from them. While 75 percent of the people who chose the cat posters now regretted their selection, nobody regretted selecting the impressionists. In other words, the women who listened to their immediate emotions ended up making much better decisions than the women who relied on their powers of reasoning. The more the subjects thought about which poster they wanted the more misleading their thoughts became. Introspection and analysis resulted in a worse decision.

There's a lot of unexamined weirdness to set aside in the experiment Lehrer describes—why the sample set includes only young women, for example, and why the ciphers for high and low art are impressionism and novelty photographs, respectively. But I bring this experiment up because poetry, like America, is always in danger of being overwhelmed by cat posters. This is not to disparage truly funny poetry—though really, anyone not up to the level of Steve Martin, or Richard Pryor or Paula Poundstone maybe ought to forget about making a poem pivot on a joke. But I do want to say that poetry readers, like Americans, love to kid ourselves that someone who puts on a show of looking smart, or beautiful, or funny, is going to improve us, make us popular, omnipotent, immortal. Ominpotently immoral. Knowing the right poem, rooting for the right team, having the top security clearance. In other words, what's American about American poetry is that it's always in danger of loving nonsense as a means to an end. This is a sad mistake. Nonsense is always only an end in itself.

American poets, beware the cat poster. If you find yourself writing a poem that you know will be even easier to talk about than to read, you are in danger of committing a cat poster. You will know cat posters by how easy it is for people to talk about them, and how little you need them around to know exactly what they are.