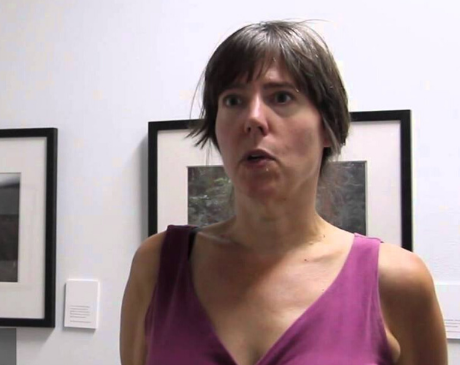 "…it isn't thought that totalizes. Capital totalizes, power totalizes, and one has to have ways of describing that. If, at the exact moment that the world is being totalized—because that is what the process of globalization and financialization is, the totalizing of the world along the axes of space and time by capital— the issue of whether you or I want to totalize doesn't matter. There's this thing out there that totalizes and we have to have the language to describe it."

One of my many and varied gigs as a poet is teaching a weekly poetry class in a NY State Prison.[2] I started the project in 2005 as the teaching practicum for my master's degree and had intended to do just the required time to graduate—three months. Two months in, I crossed paths with the late poet and prison educator/activist Janine Pommy Vega at a reading and told her about the class—that we were reading everyone from Lu Chi to Amiri Baraka and writing poems in response. She was eager to see me continue, so she offered financial support and said she would come as a visiting writer. Saying no to her wasn't really an option. Besides, if she could do it—go in week after week, year after year—who was I to quit?

Janine was struggling by then with many physical ailments, so for her first (and what proved to be her only) visit, I drove down to Woodstock to pick her up and ride her back the two hours to the prison. We arranged a wheelchair on site, and after a bit of finagling up too many stairs, were able to get her to the classroom. There had to be twenty, maybe more, guys waiting. First thing she gets her marimbas out on the desk and says "Nothing wrong with roses, gentlemen, but if that's what you're writing about you might as well have your head up your ass."

I want to be fancier than this; to be done with bifurcation (either you're writing politically, or not). But I don't want to be fiddling while the planet is burning. Brenda Hillman has said that it's the poet's job not to sing normal, comforting ditties while eco-devastation is underway. Something about using a lyre with broken strings. And I would add that we ought not to be singing lullabies while the US is incarcerating its (primarily of color) citizens at the largest per capita rate in the world. (Shall we enjamb Prison Industrial Complex? Rhyme with prisoners-as-profit? Make a lovely image glint in the dew on razor wire? Oh, death row. Oh, new Jim Crow.)

I do not mean to deny anyone the right to write about or from or of anything let alone flowers or beauty or death as an existential experience if not its political use as an adjudicated punishment. Or to situate the aesthetic. Hi-lo blend of TS Lady Eliot Gaga. Into the intricacies of exquisite despair and rising like a (fill in the simile) from the (fill in the metaphor) to a righteous roar. In fact, I don't rule out any schools or raw or cooked or conceptualized or otherwise anywhere and especially not in the prison class—why wouldn't we recopy the NY Times? Write about the moon? Sleep with the dictionary? I'm not going to be categorically "against expression,"[3] for example, in a classroom of incarcerated students whose expression is already foreclosed.

After all this refusal, a concept in the form of another story. One of our recent endeavors was an extended and loose version of the cento (a poem comprised entirely of lines from other poems). About a month or so after Vermont Senator Bernie Sanders took to the Senate floor in 2010 to filibuster (though it was not technically a filibuster) the vote to extend the Bush era tax cuts for the wealthy, I started bringing in chunks of the speech for us to make poems with. We operated on the text through Sapphic meter and erasures and haiku and epistolary and rant chants and flip the script and all of these were opportunities for form to reveal some things about the ways that form reveals some things about the way language works at the same time that we were bleeding our hearts out.

Here is one of the poems the class collaborated on:

Let Me Be Clear

Shut down moron America—
Republican philosophy functionally
obsolete. This is a conservative issue.
We are moving. In reverse.
(Paid in Bangladesh.)
Not to worry millionaires—tax breaks!

It is just not good enough.

Whatever you think of the poem or its politics it does confront syntax. Enacts a(n intentionally) crippled rhythm. Close enough to a sonnet to know it. Uses a moment of parallelism. All this from the Senate floor through the pens and dry erase markers and mouths of a dozen medium security prisoners, some lifers. Oh, context.

This poem is also taken out of context of the rest of the poems. In a chapbook of them (coming out this summer from Ugly Duckling Presse), "Let Me Be Clear" plays against and with selections from a variety of approaches to the language. In the class, the students loved then hated then tolerated then finished the project. We spoke in the room about expression and voice as terms that might still count. ("ON THE COUNT" – read this aloud loudly, as a paramilitary directive.)

We spoke in the room about how some of them didn't feel like they could say what they wanted or how when forced to speak through Bernie's words. Of course(!) there is the possibility of liberation within constraint. Of course we're speaking through "someone else's" words all the time (though if prison isn't a hotbed for neologisms, nowhere is). Still, time is an issue. There is only so much time. No, it's not a captive audience. No, they don't have nothing but time on their hands. And yet everything is about time. Movement between buildings can only happen at certain times. Counting days for some. Others, the lifers, are trying to take advantage of any and every program that comes inside and to also make their own. Or, when there's an overabundance of it, time becomes entropic. The class is one and one half hours per week. Mondays.

So as any theoretically unclaimed moments they could allot to the writing between classes aren't ever guaranteed, not to mention that any one of them not might, but will be gone at any moment (transferred, released, sent to the hole, injured), I never know if all they have to give to the conversation is that particular moment. And as I witness this particular 90 minute segment of their daily experience carved out within repeated doses of deflation, if one of them says that he is struggling to find his voice through those words from the floor, I wince a little. I don't want to be the man, you know?

And yet, this is a perfect situation to tackle structural concerns and their encompassing failures. Most of them said they could hear the differences--even though they were using the "same words" they could still see their own quirks and tics and points and such appear. (Even Jack Spicer lamented he could at last recognize the Jack Spicer poem.) And then we talked about language as a social construction, how some theories have it that words formed between primates while grooming or gossiping. But no matter the unprovable origin, language occurs in—and most likely as a result of—relation. We spoke of how we, too, are socially constructed. In prison, this constructivism is a colonizing force. These students are now forever frozen in actions committed however long ago it was by such terms as convict, felon, inmate, and maybe someday, ex-con. And so we add: poet.

Of course when writing political poems there is always the risk of creating agitprop—art that is solely intended to inculcate polemic reactions. It is too easy to ooze too much anger, to reduce the poem to a pointing finger. Which, while especially satisfying some days, isn't what the class is ultimately after. There is also the risk of expecting something to happen. We know poems aren't policy. Though they may influence advocacy (most often/likely in that they provide a place and process for thinking/feeling through of politics for the poets themselves who might then also be advocates/agitators), I personally don't want to burden poems with expectations. I can ask something of the poet and the reader, though. I can ask that we pay attention, which includes the circumstances of the poem which includes politics. The context is not solely political, but it isn't solely apolitical either. In prison, it's more so.

If politics is viewed in Aristotelian terms as efforts toward the human good, I believe that creating space and time in prison (a city-state in itself) for the incarcerated to examine, press against, relinquish, and enact the fetters and buttresses of language is, in itself, a political act. This class fosters the ability and provides, week after week, year after year, an opportunity to articulate the totalizing situation, of which Clover writes, from deep within the grip of that structure. From that inside, I offer you here, outside, some closing words as description:

We
the people promote the general
welfare and secure the blessings
of liberty to ourselves by working
in America. Our pride does not
provide health insurance in
this global economy. We have to
choose between baby food, education,
and heating fuel below zero.
We tighten our belts to repair
billions and gas prices are due
tomorrow with a coffee and newspaper.

We
the people hear America. Our
posterity listens in on Wall Street.
We have questions as to the privacy
of politics. We will always have questions
about institutional gangsters wanting to
expand and create an economy Reich
somewhere in the G.D.P. of our country.

We
the people ordain and establish
this Constitution for the United
States of America because we are America!
We are tired.
We will make public
the privacy of our pain.

* * *
Cara Benson is the author of the books(made) and the forthcoming "Funny. Considering how heated it was." Her poems have or will appear in NY Times, Boston Review, Best American Poetry, and Fence. She has received a New York Foundation for the Arts Fellowship in Poetry and is the current Chair of the PEN Prison Writing Committee.

[2] That mostly the jobs for a poet are not the writing itself can be seen politically. In this situation, the State doesn't pay for the teaching of it, either.

[3] Against Expression is the title of an anthology of conceptual writing, as well as a tenet.