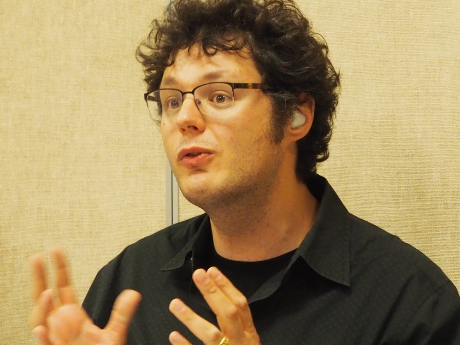 Do I value politics in poetry?

I value poetry in poetry.

Poetry is the art of language. It was Brodsky, I think, who said that poetry and politics have only two things in common, letter p and letter o. I agree with this. But, poetry is also the art of attentiveness. Attentiveness, Celan teaches us, is the natural prayer of the human soul. I don't think there is much poetry of attentiveness that isn't political. (The decision not to be political is also political.)

This is an important question you are asking. But because this question has been asked for several generations, in 1960s, 1970s, 1980s, 1990s, and again now, the repetition of it, the fact that we still need to ask these questions seems a bit silly to me. It is as if here in USA our literary discussions tend to build straw villages and then we fight those straw villages. Let's not have those silly games. Lets have real drama on the page. If William Shakespeare (one example of a great political writer) could have that, why shouldn't we?

Do I write about politics?

You may or may not be a poet, another Russian classic used to say, but you got to be the citizen first. I agree with that notion.

Was Horace Engdahl correct in his statement? Absolutely.The very fact that we, poets and writers in this country are still having this conversation—after we had in 1960s with Poets Against the War movement and Rukeyser and Levertov going to Soviet bloc countries—then in 1970s with Carolyn Forche's going to El Salvador—then through much of Regan's Star Wars in 1980s—then again during the first Iraq war and during Clinton's bombing of Belgrade—then once more during the second Iraq war and on, and on. One begins to wonder: does history teach American writers anything? Or are we only good to set up a panel and talk on a flashy subject?

Also, I don't think Engdahl was wagging a finger. He said what everyone around the world knows already. The fact that most of our presses don't publish any translated literature (and those who do, publish a lot less than what Spanish publishers or German publishers or Italian publishers do), certainly proves his point. Was he grandiose, perhaps? Perhaps. But is he correct? Absolutely.

And, what do we do, in response? We set up yet another panel asking whether or not literature and politics have anything in common—which is exactly what we have already done, and for decades. And, this is taking place at the time when our very country is sending human beings to kill other human beings, by the hundreds.

As far as I am concerned (my private opinion) all great literature is concerned with human issues, human dramas. All great lyric poetry is concerned with language that is changed, every single day, transformed, by those very same dramas. If the American authors are blind to this and are blind to the larger world, then Engdahl deserves our thanks for telling us the truth. Perhaps some of us will listen, who knows?

Yes, of course there is sometimes shallowness in writing about very dramatic events, wars, politics, etc. But then there can also be shallowness in writing poems about cats, kisses, bread, other writers, and one's mother in law. The danger of shallow writing (you can call it propaganda or any other term if you like) may exist when we approach the page to consider the subject of war or political unrest is hardly an excuse for us to simply shun the subject all together.

Our job is to discover something new and fresh and transformative in language; to tell something unexpected or deeply moving about human condition. We don't get there by avoiding certain subjects all together. To do so is shallow.

We write what moves us. But, having said, that, it is my personal observation, that great writers are often moved by human condition—not by the avoidance of it.

When these sort of conversations about "poetry and politics," or "the place of the poet in war-time" take place, as they often do at conferences and literary gatherings in this country, there is always a person in a room who raises his or her hand and asks: what about Stevens? What about Dickinson? Aren't we told, over and over, that Dickinson and Stevens closed the doors to their room? As far as I am concerned, the answer to this question depends on how well read one is. If one is familiar with Collected Dickinson or Collected Stevens then one knows perfectly well that Stevens has written one of the best poems ever written, in any country, about the lyric poet's position in a time of war, "Mozart, 1935".

And Dickinson? In my private library, I don't think there exists a more moving piece about a civilian's response to the war-dead than Dickinson's "When I was small, a Woman died—" To me, it is every bit as terrifying as lyrics from Anna Akhmatova's "Requiem" or in works of Pablo Neruda, Wang Wei, Lorka, Celan or any other European, Asian or Latin American poet. The United States has given the world some of the greatest poems about the place of a poet in a war-time written over the last 200 years. All we have to do is to read them. It is, after all, about poetry.


* * *
Ilya Kaminsky was born in Odessa, former Soviet Union in 1977, and arrived to the United States in 1993, when his family was granted asylum by the American government. He is the author of Dancing In Odessa (Tupelo Press, 2004) which won the Whiting Writer's Award, the American Academy of Arts and Letters' Metcalf Award, and numerous others. In late 1990s, he co-founded Poets For Peace, an organization which sponsors poetry readings in the United States and abroad with a goal of supporting such relief organizations as Doctors Without Borders and Survivors International. Currently, he teaches Contemporary World Poetry, Creative Writing, and Literary Translation in the Master of Fine Arts Program in Creative Writing at San Diego State University.