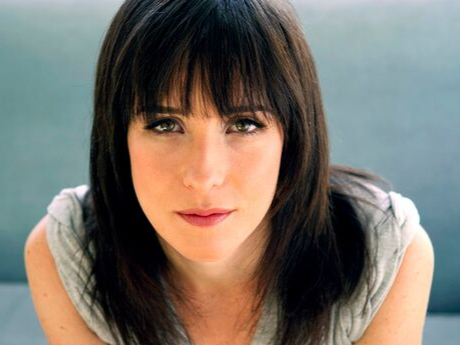 My Life as a Ruler

The world, when I met it,
lay about in broken pieces—
a neglected toy. A red hill
here; a river valley there,
green and languid; a bridge
rusting over an oil-slicked lake.
To the west and south, the tribes
had warred until their cities smoked
and their children faded, wraithed
by whooping cough.

All I did was pick up the pieces.
I caused them to be put together
like the parts of a chair.

When I was young, I often
saw my parents
naked. What a delicate
business they were.
And what was I?
Neither the doctor nor the nurse.
I was the knife;
I caused the injury.

When fall begins to glitter
in the green leaves,
I grow anxious.
The barbarians will
ride out. They love the goldenness
of death, how it grieves
the eye to see such richness
as the river ebbs
and the trees unfleur—

To Nineveh I write:
Bring me forty bushels of wheat,
and forty of rice,
each bushel weighing more than one donkey
can carry, within the fortnight—.
If you do not do this,
you will surely die
And then I wait.

When I came to the throne,
I gave children birds
in their throats. We took
knives and made cuts
where the voice should be,
each cord becoming a song.
Now in the schools we have
red-wing cardinals, bluebirds,
thrashers, yellow-speckled hens,
parakeets, even, now and then,
the nightingale.

I grow hungry
to be a knife again.

My subject, you
think you have a choice, but
you don't: you are me,
and I love you as only
a ruler can love—
unmercifully.
Do not be sentimental
about mercy. It leaves
so much up to choice….

That year was a beautiful lie,
the year my love lived with me
and we spent the summer
wading into the Nile
as the floods receded
letting the current carry our bodies
around the bend—.

The water so strong
you had to dive in
before it knocked
you off your feet
and pulled you
under—
he showed me how to pick thistle
for tea. We came upon
a leopard in the grass
and she hissed at us.
One day he hissed at me,
slapping away my hands,
asking "What kind of person
does THAT?"

No one loves the person
who holds power
over his survival.

I was sad, and I
stuffed your throats
with birds.

I cut the sea
with a knife
because the sea
would not stop for me.
And still it broke:
not under me,
but over me.

Of course I hate my power.
Bored, I ply lithe men with faience,
require the dancing girls to moan and plaint.
I lick kohl from their salty eyelids.
I take the gold from the braziers and burn strangers' flesh.
None of it satisfies me.
I thought the world's trouble
lay in its shards. So I resolved to hold
the shards to my heart.
Now I find the trouble is the night,
which keeps coming, though
I command it not to.

Tonight I wash my hands and sing
old songs. I call my friend,
I love to watch him dance….
He drinks wine impetuously.
He will leave my care
when another's light kiss
vaccinates him against my illness—
some sweet-tempered almondine thing
lighting firecrackers between her feet
in the summer grass—not one
like me, nearly frozen up with cruelty—

And so I go to work.
My nation is the grass,
these broken bridges,
men and women burning
beside the crumbling churches.
I keep them alive with my words.
I am vigilant.
I am the grass and the birds
and I eat them too.

"My Life as a Ruler" originally appeared in The Kenyon Review. Reprinted with the permission of the author. All rights reserved.

Yes, absolutely. Many of the poems in Once, my second book, deal with American politics, albeit in an allegorical manner. (The two sequences "My Life as a Subject" and "My Life as a Ruler" are about national power and civic complicity.) As for the second question: what experiences didn't teach me its importance? I see writing as a natural extension of the questions and dilemmas of living. Some of those questions are political ones, questions of responsibility and complicity. So at times my poems integrate these concerns into their aesthetic project.

The same difficulties one negotiates writing any poem—how to make it good. If you set out to write a political poem with an agenda in mind, it is likely to be a bad poem. If you set out to make a poem out of the ambiguities and cognitive dissonance latent in being a citizen of a first-world country in the early 21st century—well, that seems to me as good a starting place as any for a poem. I read everyone from Whitman to Milosz to Zagajewski to Robert Frost to see how other poets have expansively and imaginatively written about the social world they find themselves alive (and stuck) in.

I think that artistic gifts vary, and so every artist's responsibility is different. But all of us bear the responsibility of looking clearly at the world we live in. We have to bat away convenient truths in order to see past them to the hard realities.

Engdahl's statement seems to have more to do with the politics of the Nobel Committee than anything else. Sure, there is plenty of insular American writing, but we also produce more writers than many other places. The top tier of writers in fiction and in poetry aren't shying away from the "big dialogue."

I'm not sure I understand the question. It seems to take for granted a dialectic between individualism and "politics" when in fact the American preoccupation with individualism is a kind of politics. This intertwining—the tensions that arise from being both an "I" and a part of a "we" that is obsessed with 'personal freedom'— seems to have been at the core of a certain kind of American poem, from Whitman through Ashbery. But you only have to look at Emily Dickinson to see a deeply individualist poet who was also in some sense political —if we see her writing about belief and God as political (which it seems to me it was, since it was written during a period of great religious upheaval and its views went against the current of the confining New England Calvinism of her time).

Poetry is art; propaganda is a bullying form of persuasion. The poem has to admit to uncertainties and ambiguities that propaganda can never acknowledge.

As for editorial censorship—should we be concerned with it? Yes, if and where it is happening...

It seems to me that we're still regrouping after the massive shock of 9/11 and the damaging evasions and lies of the Bush administration, and now the recession that seems never quite fully to retreat. I don't think we can know where we are until we look back on this period, but I do see it as one in which enormous changes have galvanized all kinds of thinking—some of it kneejerk, some of it profound.


* * *
Meghan O'Rourke is the author of the poetry collections Once (2011) and Halflife (2007), which was a finalist for both the Patterson Poetry Prize and Britain's Forward First Book Prize. She was awarded the inaugural May Sarton Poetry Prize, the Union League Prize for Poetry from the Poetry Foundation, a Lannan Literary Fellowship, two Pushcart Prizes, and a Front Page Award for her cultural criticism. She lives in Brooklyn, where she grew up, and Marfa, TX.