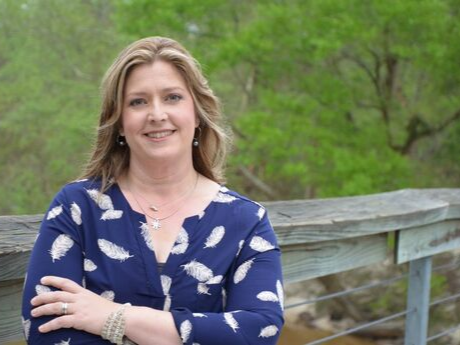 This one's a shout-out to the git-r-dones,
the crowd since Katrina most idolized
and sucked up to—seminude roofers,
hard hatters, electricians, tree doctors,
Ditch Witch pilots dwelling in tent cities
or, like our lumberjacks, the Dollar General
parking lot. A round of drinks and first pick
of the MREs for you. Look—one thing
I've learned is what you had to do, you did.
They roughed it, and my hubby pimped me when
he had me with my sweet voice make the calls.
Soon they came in pairs, like yin and yang,
one to chain-smoke in the truck, the other
to get paid—in our case, three grand up front
before Tangipahoa's understudies
of beanpole-rotund Rosencrantz and Guildenstern
would aim their crowbars at the fouled Sheetrock.
With no other prospects, we hired them
on the spot, feeling at once swindled
and spared on that first day and then the next
when nothing happened until dusk, and then
it came down all at once—skeleton walls
and Sheetrock ready to float before we could
line up shingles or a roofer. Sometimes
the vision doesn't translate to the page.
I'm not even sure I'm mad with them
for soaking brushes in my Calphalon
roasting pan and deciding we'd be fine
if they used the toilet as an ashtray.
Boys will be boys. They finished soon enough.
Maybe because we were nearing the end,
I liked the last ones best, Scientologists
out of Lafayette that we hired away
from a neighbor. I learned to barter with
this crew, longnecks for the long lost secrets
of the split-jamb door. We had a routine
going. Morning call at six in our kitchen,
coffee and chicory, kiss the shakes goodbye.
One day we had the photo albums out,
looking for a background shot of where
the plastered-over phone jack used to be.
Like children, like the rest, they moved along
and never call. A fiction, what I knew so well.
No proof but dirty thumbprints and memory
of their tattoos which slurred, "We're into knives."
A broken record, the blue lines of their body art—
dagger, dagger, dagger, dagger, heart.

I didn't write any poetry after Katrina, not for months. In fact, still with me, in a backpack stuffed with insurance receipts, is what I had been using as my before-the storm poetry notebook. It was about halfway filled with drafts and notes. These entries stop abruptly and are followed by a fan of blank pages. The writing begins again near the end of the journal, which is how it came to be renamed 'The Katrina Notebook.' This is where I switched into survival mode, listing phone numbers, web addresses, call logs, insurance deductibles. Where to get MREs and bottled water. It became my only writing project, this roster of phone numbers and hold-time doodles. I didn't think of poetry at all except for when it occurred to me that the joyful expectation I brought with me to stand in line at the Post Office hoping for an insurance check was akin to the feeling of waiting ever so patiently for poetry submissions to find their way through hell and high water back to me.

I didn't write poems again until June of 2006, and those are the hurricane poems that make up part of my book Big Muddy River of Stars. I was back in my house which, while livable, was still in need of repair. The poem here is the first one I remember writing, and it began as a catch list of things the contractors missed. While making the list I was sad and angry, then I gave up and started chuckling.

When our last insurance check arrived it did so a month after mailing, boot-stomped, covered with coffee stains, postage due. It both was and was not enough money to bring our sons home. The thicket of trees in the back yard had thinned themselves on the roof, so there was room for a great swing set. But instead of the usual shadows on the ground, we saw a ghostly light dusted over everything. My sons stumbled through the back yard, through the house, looking up, as though they didn't know where they were. I understood what they were feeling, because while I sat at the kitchen table writing those first poems, I felt the disorientation also.

As far as Katrina goes, I got off easy and I know it, but I don't have another recovery in me. During our rebuilding someone left a note on the front door offering cash for our house, as-is, which we stubbornly refused. I don't know that we would make the same decision today. Any time a storm churns in the Gulf and I begin to get frantic about pine trees and family photos, my husband will shrug while looking around the house and chime in with 'for sale as-is.' And of course we're joking, but sometimes it feels like the truth.