Clint Smith on "what is left" 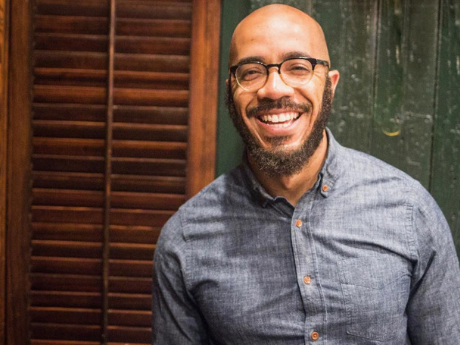 On "what is left"

I have always valued writing across different genres. So many of the literary figures I've long admired refused to situate themselves within a singular mode of writing. They were poets, they were playwrights, they were essayists, they were novelists. This literary dexterity enriched their work and often led to an interdisciplinary, creative output that could not easily be compartmentalized. I believe deeply in the value of work across genres and mediums, and think that it creates for a more robust literary landscape, both in the world and within ourselves.

In my other life, I am a scholar of incarceration committed to using empirics to re-conceptualize how we think of punishment—to move towards a world in which prisons do not operate as our default for discipline and control. When I write something, about the death penalty for example, I consider an argument, anticipate a counterargument, and then respond to that counterargument as a means of defending my thesis. I find that work, the work of brining together social science and stories to make the case for more humane and empathic social institutions, to be deeply fulfilling. Still, there is something unique about the space a poem affords – it doesn't necessitate that you have the answers, but simply allows you to wrestle with the questions. And having that space, I think, is essential because there are far more things we do not know the answers to, than there are things that we do. Sometimes we don't know the answer because there isn't a single one, sometimes we don't know the answer because we're afraid of asking the real questions.

In 2005, New Orleans was submerged beneath the floodwaters of Hurricane Katrina. It was my senior year of high school and by the time the storm had passed, and the deluge of lake that perforated the levees had settled, our house sat beneath eight feet of water. Weeks later, when the water eventually receded, our home was a moldering skeleton of itself. I was incredibly fortunate to have an aunt and uncle in Houston who were able to take me and my siblings in, as our parents attempted to begin reconstructing some semblance of a life for us back home. No event has so impacted my life and yet, for so many years, I rarely spoke of it. I did not have a language for loss. I did not yet have the nomenclature for distress. So, I suppressed it. I took Nyquil to help me fall asleep at night amid an insomnia catalyzed by disillusionment and uncertainty. I said "I'm fine," more times than I can remember despite the well-intentioned prodding of loving adults around me. As I look back, part of what I now understand is that I was so consumed with finding the answers to eradicate the grief, that I did not give myself the space to sit with the grief on its own.

In my poem, what is left, I attempt to ask the questions I didn't give myself that space to ask twelve years ago. The book, Counting Descent, is in many ways a meditation on lineage, though not just through the familial but also the experiential. We now have robust social science delineating the ways in which trauma is passed down intergenerationally. So, when I'm wrestling with genealogy, I'm not only wrestling with the physical or personality traits passed down genetically, but also the way that the residue of certain experiences is passed on as well. In a world in which trauma and grief are inevitable, it can be more helpful exploring how to navigate the pain that already exists rather than seeking to render it obsolete.

I had not written a poem like this one before, and I'm grateful for peers who reminded me that even in a moment of profound political urgency – one that often pushes us away from reflection because we are so deeply committed to action – it is essential to step back, pause, and ask these sorts of questions. It's the only way we'll discover what we are meant to be searching for.