Deborah Paredez on “A Show of Hands” 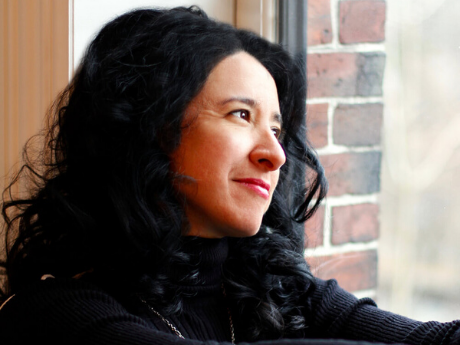 A Show of Hands


From Year of the Dog (BOA, 2020). All rights reserved. Reprinted with the permission of the author.

On “A Show of Hands”

How to de-familiarize ourselves, how to make strange, the familiar language and images that have informed us about and inured us to the effects of war and violence? How might a focus on Latinx experiences of war and violence, and the vexed relationship Latinx communities have with "documentation," help us interrogate the visual and rhetorical terms and tropes of documenting disaster? I take up these questions in my book, Year of the Dog, a Latina feminist chronicle of the Vietnam War era. "A Show of Hands" is part of this project.

The U.S. involvement in the Vietnam War is known—perhaps more than any other—for its relationship to documentation: Walter Cronkite counting the daily dead on the nightly news, photojournalists with unrestricted access capturing what became iconic images of Huey helicopters or children running from Napalm attacks, enduring photographs of state violence in response to antiwar demonstrations at Kent State. And yet, as with any archive, these documents conceal as much as they reveal.

Year of the Dog highlights and questions the limits of documentation during an era marked by the "most documented war in history" by collaging and juxtaposing fragments of snapshots my father took in Vietnam and iconic photographs from the era. Throughout the book, I also turn to that most hackneyed and banal form of language: the idiom. Scattered across the collection are a series of idiom poems that reference parts of the body—the long arm of the law, mother tongue, about face, etc. "A Show of Hands" emerges from this attempt to reveal the latent violence in our everyday language. My hope is that through the techniques of assemblage, recontextualization, litany and enjambment, the poem (along with others in the strewn series) perform a sense of dismemberment and reacquaint us with the physical and rhetorical consequences of unending war.