Home > Features > In Their Own Words > Emily Lee Luan on “Search” 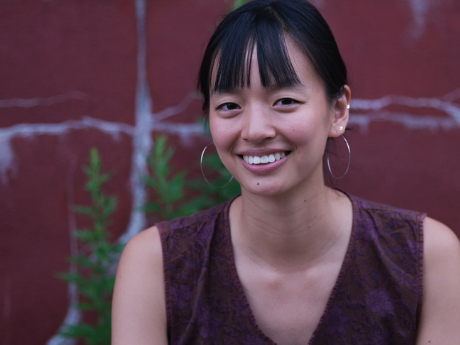 Google Search: My Sadness is

I think about being sad, all the time. Sometimes I’m afraid I’m not actually sad, but that I’m sad because I tell myself: I am sad. My sadness is the radiator in my room that spouts water and knocks loudly on its own insides. It’s the phantom leak above my desk, the water damage it left in my books.

I can’t find the crack in the ceiling.

I’m worried my mother knows I worry about her.

I once typed “my sadness” into a search bar. I was grieving something I could not yet identify, and was islanded in what felt at the time like an insurmountable, all-encompassing whiteness. In writing, I named the things around me: hands in winter, the fruit I cut, the tethered hum of the refrigerator. My emotions felt unreal to me. And I was possessed by the common notion that Asian American women were somehow predisposed to depression. It was an explanation, and I needed it.

Writing is one way of grappling with the vision one has of a past self—what she was capable of, what she knew of herself, the images that stayed with her—even as capturing that self is a failed project, its shifting and dissolving. For example, what she named “sadness” those years ago—was it real?

I’m interested in the impulse I had to transmit my Google searching process, shortly after, into a poem—a strange act of self-observation. Writing “Search” taught me the power of the fragment and relentless repetition, which, in turn, helped me name my anger. It also taught me about the stories we hold onto to order our grief. The “fact” of a particularly Asian American melancholy is, in fact, a myth. Putting that myth to paper disallowed me from looking away from it.

I put this poem away for years, afraid of the pathways it mapped of my psyche. Now, it feels like a document, a past self that recorded her (then) present in an attempt to reconstitute itself. “Search” has stayed with me the longest of any other poem in my chapbook. It reminds me that my anger and grief were real, and that I had a voice within them, a voice I can now answer back to.