Home > Features > In Their Own Words > Eric Amling's “Ill Estates” 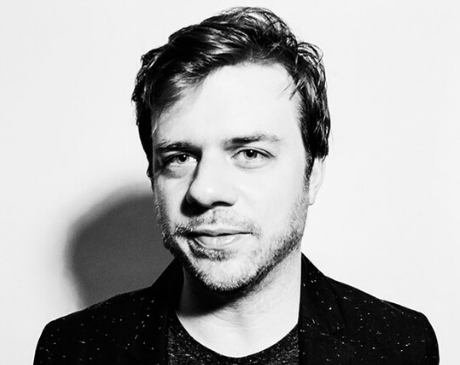 It's a misdemeanor to threaten the life of a butterfly in Pacific Grove
John Denver's plane hit the water there
His head and body so compromised
The authorities used fingerprints from his DUI for confirmation
Nearby is the strangling weight of chlorine in the air
A neglected sex doll shrinking in the sunlight
You wake in an asymmetrical province unable to find your keys
Some first world problems in the shade of a eucalyptus
The beach; people really get into it
The nerve endings of bikinis Someone is saying Zen stuff to someone with an engagement ring
It's dangerous to get too autobiographical; there's a radiation to it
These highlight films of you in my mind
I'd apply an artificial musk and hammer away at myself
I craved clean semantics in a campaign mainland
And such spiritual insight that a god would even tie my shoes
I'm dressed like a Jamestown cannibal
In a city of mistake babies with e-cash
We all make mistakes I don't need to tell you that
When I look up your life one day
A hypnotized life I suppose there's a psychological reason for it
It's a hungry curtain that you close in your bedroom
And I'm on a sofa thinking of a friend
With her c-sectioned guts on a cold tray beside her
And me and Jon in my 240D
Cruising and disgusting
As if this weekend or any weekend can make the difference
Mezcal, Percocet in the leather booths
Every mortal swallowing for the same immortal reasons


I'd drive to a thousand Colorados to be free of instinct and urge
Spending my time with superlative killers
Poems just getting longer and inane
On summer afternoons
Children come out to pet the cop cars
In the park where Montgomery Clift is buried
I watch the Korean wedding parties
In the background of Korean wedding videos
You will find me sweating with my dog
On a night like this in July, Clift died in his bed
Around the corner was his favorite restaurant, The Isle of Capri
Serving a veal chop broiled to perfection
In the summer of the previous year I thought about Clift
When I was drinking in a Connecticut hotel
In a town known for its ballet dancers
Where I admitted my dependencies to the labyrinthian wallpaper
Why do I now think of a friend years ago
Paid to water Jeff Koons' Puppy all summer
In its enormity
In its antigravity
Herzog said you can't answer a question like that with your shoes on
At times I dispatch an inward vision
And resign myself to free karma
Ladies and Gentleman
Let's look at you destroyed
I want to have your cremated freebies
Your passcodes whisper over the mountains
Of this round earth/abstract world
Where country music clichés
Burn steady into effervescence

This poem like many poems was born from the zygotes of other poems. In Torrington, CT I had a room at the Yankee Peddler Inn. The room was ugly but the housekeeping made an effort to fold your toilet paper into a V every afternoon. Something about the tub made me uneasy. The whole place made me uneasy. The Inn was built in 1891, the original owner died in a room on the third floor. There were ghost rumors and I think the decor tried to play that up. I thought I'd get some writing done away from New York and I did. I spent the nights in the bar downstairs, there was a piano player with a ponytail and a New York Jets hoodie. The announcement of Whitney Houston's death came on the screen one of those nights. A woman with a squeaky voice asked me to share my ketchup with her (this comes up in another poem). I'd smoke on the porch and look at sedated Torrington. I was a smoker then. I still drink. I'm very typical.

Zeroville is a novel by Steve Erickson. My open copy was on the bed and a recurring plotline has to do with the film A Place in the Sun starring Elizabeth Taylor and Montgomery Clift. I'd research the life of Montgomery Clift and come to learn he is buried a short walk from my apartment in Brooklyn. In the same park I'd walk through every weekend. Somehow John Denver's story occupied an afternoon of mine, maybe after I watched the video clip of a soused Charlie Rich lighting Denver's ballot on fire during the 1975 Country Music Awards. I kind of felt bad for John Denver, he seemed to not be taken very seriously. Learning about his death and about his substance abuse, Clift's substance abuse, and coming to terms with my own abuse issues, this poem like many of my other poems came to fruition from spans of clear light and good night life.