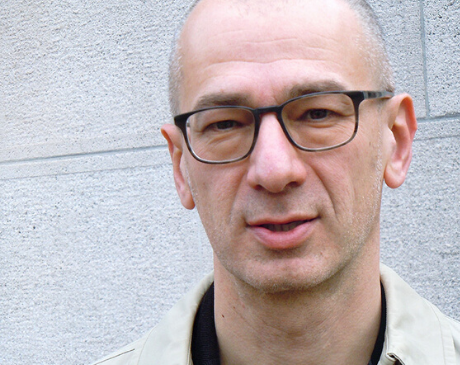 snow lies
earth flies
lights flip
to pigments night has come
on a rug of stars it lies
is it night or a demon?
like an inane lever
sleeps the insane river
it is not aware
of the moon everywhere
animals gnash their canines
in black gold cages
animals bang their heads
animals are the ospreys of saints
the world flies around the universe
nearby the hot white stars
flits imperishable bird
seeks a home a nest
there's no nest a hole
the universe is alone
maybe rarely will pass
time as poor as a night
or a daughter in a bed
will grow sleepy and then dead
then a crowd of relations
enter in and cry alas
in steel houses
howl loudly
she's gone and buried
hopped to paradise big-bellied
God God have pity
good God on the precipice
but God said Go play
and she entered paradise
there spun any which way
numbers houses and seas
in the inessential they
what exists in vain perceived
there God languished behind bars
with no eyes no legs no arms
so that maiden in tears
sees all this in the heavens
sees sundry eagles
appear out of night
and fly sullen
and flash silent
this is so depressing
the dead maiden will say
serenely amazed
God will inquire
what's depressing? what's
depressing, God, life
what are you talking about
what O noon do you know
you press pleasure and Paris
to your impetuous breast
you dress like music
you undress like a statue
the forest then roared
in lonely despair
it saw through earth's tares
a meandering ribbon
a strip curvilinear
curvy Lena you are
Mercury was in the air
spinning like a top
and the bear in the bush
sunned his coat
people also walked around
bearing fish on a platter
bearing on their hands
ten fingers on a ladder
while all this went on
that maiden rested
rose from the dead and forgot
yawned and said
you guys, I had a dream
what can it mean
dreams are worse than macaroni
they make crows double over
I was not at all dying
I was gaping and lying
undulating and crying
I was so terrifying
a fit of lethargy
was had by me among the effigies
let's enjoy ourselves really
let's gallop to the cinema
she sped off like a she-ass
to satisfy her innermost
lights glint in the heaven
is it night or a demon

From An Invitation for Me to Think (NYRB, 2013). All rights reserved. Reprinted with the permission of the translator.

On “Snow Lies” and the meaning of its form

Alexander Vvedensky was, with Daniil Kharms, the ringleader of OBERIU, a small group of young avant-garde writers that gave readings together in Leningrad in the late 1920s. He composed this poem and recited it to Kharms in January 1930. Some months later, OBERIU folded under the pressure of the authorities, who were asserting control over the production of Russian literature. Spending all of 1932 in prison and internal exile for literary sabotage, Vvedensky and Kharms returned to a changed, Stalinized city. Although resuming their jobs as writers for children, they had to keep their non-remunerative writings away from the public eye. For several years Vvedensky stayed with the handful of friends that constituted their underground circle, then he moved to what is now Kharkiv, Ukraine. He was arrested as an undependable person by the Soviet authorities when war broke out and died in a prison train car in December 1941; Kharms died two months later, also in custody. Vvedensky's poetry was first brought out by émigré publishing houses in the West in the 1970s and 1980s. It appeared in his homeland only with the fall of the Soviet Union. Although the normal reading public still shrugs him off, he has become an extremely important point of reference for experimental poets and artists, in part because the crisis of the classical poetic system that he reacted to privately has now become public and massive.

A few words about "Snow Lies," untitled in the original. The poem observes a constant beat, the trochaic tetrameter to be exact. This is the meter of counting-out rhymes in Russian and in many other European languages. Here is an American example whose first three lines are in pure trochaic tetrameter:

Trochaic tetrameter motivates major aspects of "Snow Lies." Since children use counting-out rhymes to point at one person, then another, then a third, and so on, such poems are characterized by parataxis: they concatenate discrete units which need not be connected in any other rational or narrative way. Ironically, this lets each counting-out rhyme behave as a cosmology, with the counting subject at the center surrounded by discrete, pointable things. I am, as it were, counting up all the objects in the world. Or, more precisely, I am creating all the objects in the world by indicating and naming each of them in the chaos of the uncountable/unnamable: the sky above me, the earth below me, etc. (A poem by Kharms, written six months earlier, pokes fun at exactly this existential and cosmological aspect of counting-out rhymes).

"Snow Lies" is cosmological not just because its plot consists of death, visit to the otherworld, and resurrection—like the Apostle Paul in 2 Cor 12:4 , Vvedensky's heroine "was caught up into paradise, and heard unspeakable words, which it is not lawful for a man to utter." (Unlike Bottom, however, who recalls the same Pauline passage, she turns into an ass only after her experience with translation .) No, "Snow Lies" is also cosmological because it incorporates everything: snow, God, the universe, animals, birds, trees, rivers, demons, movies, relatives. All these things exist in the world of the poem as a vertical, hierarchical arrangement—a Great Chain of Being—but the narrative presents them nonlinearly, paratactically, as a montage of discrete units or "shots." Of the many rhythmic levels present in the poem—from that of feet to that of long narrative sections—it is "shots" and lines that are the two most important. Because there is no enjambment, a shot will consist of one or two lines, rarely more: this makes the montage rhythm very pronounced. Unfortunately, this poem's practice of distinguishing objects one from another ("Language cuts the world into pieces," said Vvedensky's friend Leonid Lipavsky), also isolates them, imprisons them, makes them experience loneliness and despair. Form, as people liked to say in the 1920s, generates content.

Vvedensky's form also alludes to Pushkin. "Snow Lies" rhymes consistently. Sometimes it's couplets, sometimes quatrains, but the text never falls apart into stanzas: it feels solid, a column. A native speaker will associate this kind of rhyming over the beat of trochaic tetrameter with Pushkin's fairy tales of 1831-33: The Tale of Tsar Saltan and The Tale of the Dead Princess and the Seven Warriors. These are poems all Russian children are exposed to, over and over and over. Vvedensky, whose work is profoundly rooted in "childhood Pushkin," derives his plot of the dead maiden who awakens from The Tale of the Dead Princess, Pushkin's retelling of Snow White, with its motif of "sleeping beauty." (By the way, Lipavsky repeatedly brings the motif of "sleeping beauty" into his discussions of the nature of time.)

Yet another trochaic tetrameter poem by Pushkin that "Snow Lies" recalls is the "Demons" of 1830 (translated by Irina Zheleznova here). A shorter lyric, also one that children would read, "Demons" has its narrator ride in a carriage at night during a snowstorm. The snowstorm might be the work of otherworldly forces—in fact, it might be an illusion they put on. "What's that in the field?" asks the traveler. "Who knows?" says his coachman, "A treestump? A wolf?" Rhythmically the last line is identical with Vvedensky's refrain: "Is it night or demon." And again, the issue is not that of an isolated formal borrowing but of a conversation Vvedensky is having with Pushkin or through Pushkin: a conversation about human limits, unknowing, oblivion, incertitude.