Jenny Sadre-Orafai on “Queen of Cups” 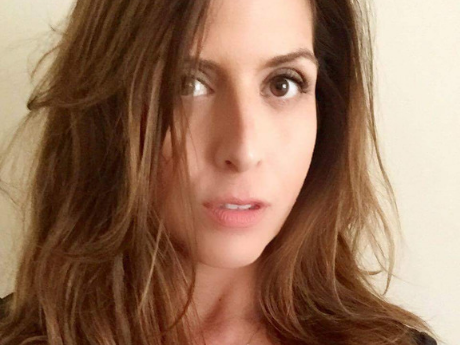 Queen Elizabeth was with Philip in Kenya
when her father died. She was watching

elephants from her hotel within the trees.
My father was with his three sisters when

his mother died. I was with my bed,
hallucinating a fox. After the fox left,

I called him, but he was taking a shower.
Like a movie, the protagonist crying

surrounded by water, lots of empty cups?
Was Elizabeth instructed not to cry?

It will shake this tree.
The elephants will trample this nest.

From Malak (Platypus Press, 2017). All rights reserved. Reprinted with the permission of the author.

On "Queen of Cups"

Maybe it's strange that Queen Elizabeth appears in this poem since I've never been incredibly interested in British royalty. But, years ago I saw a book review of a Queen Elizabeth biography while reading other sections of the paper. There was a description of Elizabeth hearing about her father's death while she was in a hotel in the trees, watching elephants. That image unsettled me. I felt a real empathy for her—as a daughter. It forced me to confront that I, too, would lose my father one day. I tried to imagine what it felt like, so high up in the trees and far away from her father's death. Where was the ladder down from that grief?

Before writing the poem, my father had just lost his mother, my grandmother. I wasn't with my father and his mother the night she died. I was states away in my apartment asleep with my chihuahua and that's when I half woke up in my sleep and saw that my dog had become a fox. I remember petting the fox and saying, "Aren't you such a pretty fox?" before falling back asleep. Hours later, my father called to say my grandmother passed away.

After some research, I found that Iranians (like my grandmother, father, and me) believe the fox helps people get to the next life. I felt such sadness for myself over my grandmother's death, my last living grandparent, but I felt an endless sadness for my father. While writing the poem was brought on by an image of the queen, it became a poem for and about my father. But, even broader than that, it's about the ways in which we mourn and how loud we are expected and allowed to be in that heartbreak.