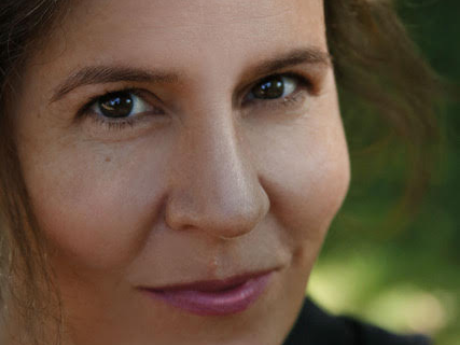 Cancer (Prayer for my father)

Far into fever, attached by cords to the soft-
clicking machines, he sleeps
in a bed in a room not his own.
People enter and pass like ghost-blown
fogs. He is a slow walk
with limbs that recently gave way.
He is part of the blue snowfall.
He is very small, sitting on a curb
with skinny legs next to an elegant
aunt. He is not yet born.
He travels to meet the relatives
in Maulbronn and feels the lifting darkness
sunk in his chair at night, thinking.
He is intensely wrong, obstinate and generous,
the one who never seems to grieve,
sweaters and wine and violas locked in
air. You say: he, too, cannot be found again,
he, too, asks only for more aliveness
and time. The room is like every room
in that house, sterile and never quiet,
but sometimes birds drop into the air
above his sleep and coast for hours
on loose currents. There is no fire
but weathered blood and skin, a threaded
endurance, the peace
of placing your body in the hands
of those who might know,
the voices saying, Have you eaten,
What could you have done.
The frost in your eyes is melting or stays
stitched. The fragile instruments of bodies
step into the room and out, the machine
counts two three four, and part of who you are
travels into the glass hallways that are filling
with warm light. He walks
only for so long. He approaches each sorrow
and lets it fall. He is unaccountably at ease
for just a single instant, he is
not an important name, he is the crucial man
inside the waning fever, the one who taught you
to care, he follows the deep tasks
even as he surrenders, one by one, his body’s
dignities. He is the concert of quiet strings,
the sudden gentleness of moss,
the tyrant opinion, a confusion of medications.
His mind is a room casting infinite love
from four walls. My beautiful father,
you carried me out into the day of my life
and let me stand on earth with affection
and force. Why should we fear our disappearance.

On “Cancer (Prayer for my father)”

I grew up with a father who wrote equations on a clipboard late into night, sunk in his chair. A nuclear physicist, now 83, now alive, he reads widely in theology, philosophy, and history; until recently he traveled and hosted dinner parties with my mother, threw himself into tennis and pick-up basketball, and he has always played viola in various string quartets. It was crushing to see him for weeks in the ICU, hooked up to oxygen, unable to eat, attacked by two strains of pneumonia that had been brought on by chemotherapy. He was close to death and I was not prepared, although he had been fighting advanced lung cancer for a year. When I wrote the poem I felt the whole of his life, his great rare energy of body and thought, turned into a soft walk across everything he was. As if he could still travel. Despite the prison of immobility and cords, despite the room that reduced him to just breathing.

Loren Eiseley, in The Invisible Pyramid, gave me the words to start writing: “More rarely and more beautifully, perhaps, the profound mind in the close prison projects infinite love in a finite room.”