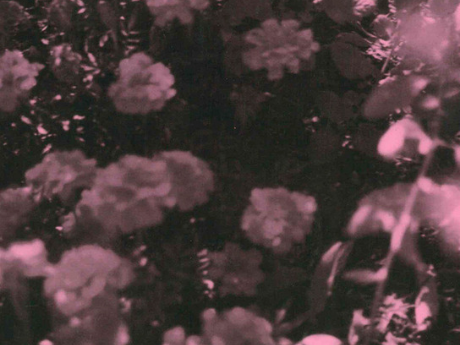 I decided to translate Francis Ponge's Nioque of the Early-Spring, in part, for its bridge from the earlier Ponge of Things (playful paeans to objects) and the later Ponge of Making of the Pré and The Table, etc.(serial investigations into the changing thing, prairie, commodity…), but also because the time spanned by the document gains a distinct charge due to their circumstantial nature. Composed first as a series of notes (hear also nioques or gnoques) during a sojourn in the countryside in the early-spring of the 1950s after Ponge had tacitly withdrawn from active participation in the French Communist Party (and having before that been a member of the French Resistance and the Surrealists), selections are then published in the journals Tel Quel and L'Éphémère in the April of 1968, the former of which engaged directly in the events of May '68, and was ultimately published in full as a slim green leaflike edition by the NRF in 1983. The booklet features a note to the reader that situates the text as "curiously preceding" the protests of '68 though, of course, it was recorded a lot earlier during a period when coming to terms with the failures of a revolutionary movement, given an afterlife in 1983, another period of disbandment, and, now again in the English 50 years after May '68. All this to say that this booklet is deeply committed to taking account of its time, both cyclical and historical, cosmic and natural, in order to again regroup alongside and affirm its emancipatory forces, i.e. "to say April yet again."

The adversity, the oblique elementary meanness pierces with little liquid stingers even more supple than whip-strands (the rain, the whips), raining heavily from above, and healthy (unburdening, unbridling, liberating, satisfying dire worries; liberating voluminous worries generally coming westerly).
The cold adversity, the elemental meanness remade from the sand, from the gravel, from the bed of the brook with the walls of houses and with the walls of enclosures, healthy as by the struggle it is bound to lead against it, refreshing; recooling and reinvigorating all the same.
One does not die from it. It is only a benign meteor; yet able to cause diseases, that are sometimes serious.
Hollows out cupules and sometimes pierces and damages, creating miniscule scree.
This cold rain, it is good. It is good that this elementary degradation comes about, these little elementary depredations, this degradation of walls. To render back to the earth that which comes from it, that which had been taken from it, and to require rebuilding, sealing; to give us enjoyment from this bit of gravel, this gravelle.
To refill the cisterns.
To remoisten the fields, the labors.
A good deal for the feet of the trees. Instillations at the feet of the trees and the grass, like an eye-drop at the corner of the eye.
Renders the earth as plastic (made from the mud).
Lays out subterranean spreads; streams (streaming), douix, rivers, vauclusian fountains.
All this comes from a tartness, from a little (bad weather) passing meanness (passage of voluminous worries, coming first from ecstasy, from the evaporation of the sea).

What then are you talking to us about, about humans, and do you believe that this interests us, so that it is on us to resay April, so that all of nature says it over and again (so that there are more seas than earth and still more fields than cities, than roads)
…that all of mute nature (interested and disinterested) still says April yet again.

We will not look for anything (to say) about what is "significant" about our epoch (this will work itself out on its own; we are all too immersed in it).
We will search (on the contrary) for what does not appear as significant, what does not return to its symbols (into its symbolism): whereof serial time (or eternity) is.
We have to resay "mute nature in heavy ranks that surrounds us", takes us by the shoulders again, cloaks us, coifs and cravats us, we have to resay April (or October).
Here then I am returned to the sentiments that made me write Ad litem,
minus the despair. This here, these forms taken by mute nature, is all at once terrible, absurd, discouraging, but lives, embroiders, continues. And alright: all the better (and all the worse); the question is not there.

Here, where a whole landscape grabs me by the collar, extends my shoulders to the right and to the left, o solitude encumbered by mutes each one fixed to their place and without looking, paralytic, and having nought to express itself (where I do not have all that much to defend myself from dangerous animals) but my voice, here I feel my reason for being again.
The landscape ∞[1] of big sooted knots, numb and paralytic (infirm) under the bluish overshadowing, the voluminous worries coming westerly.

NIOQUE OF THE EARLY SPRING.

Westerly come huge worries, bluish overshadow- ing, in gusts (loading (occupying) of a turbulent set- ting) at the top (the two upper thirds) of the page, and at times soaking it completely, dampening, at times sprinkling all the way to the reader (in their window frame).
(All the space between the reader and the page elsewhere swept across by the wind (full flow) whip- ping full force)
(Plenitude of all this: as full as my own body.)