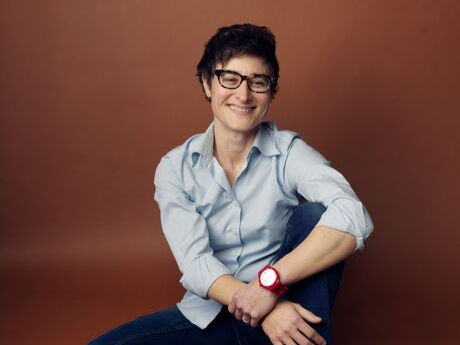 Maybe there is no magic, no Technicolor,
but inside the seed, there is a kingdom.

Ask me anything, I will tell you the truth.
It is a fatal wound for every wolf and thimble.

Even the night watchman is not immune.
We may as well sing, George.

Inside the throat,
a carriage, a pony, a parachute.

From In an Invisible Glass Case Which is Also a Frame (Four Way Books, 2019). Reprinted with the permission of the author. All rights reserved.

On “Still Life with Vicodin”

My work on these poems (rather my work with, my work through them) has allowed me to engage grief, the trauma of deportation, climate change, an opioid epidemic, income inequality, and gentrification.

Of the six in the series, five refer to man-made processes. Forces of our own making (which might be re-thought, resisted, reversed).

Only one piece refers to a natural process. It is written in conversation with Lucie Brock-Broido (whose “Still Life with Aspirin” appears in the first section of her collection Trouble in Mind).

She taught me more about grief and grieving than anyone or anything else.

Her work, from the first book forward, fearlessly presents the fact: “That what is lost/ cannot be gotten back.” (“The Future as a Cow,” A Hunger)

She does not turn away from the truth that everything. . . every cell, cello, wolf and moon. . . will one day degrade: “Her single subject the idea that every single thing she loves / Will (perhaps tomorrow) die.” (“Extreme Wisteria,” Stay, Illusion)

With the help of Sappho, Bradstreet, Brontë, Akhmatova, Plath and Dickinson, with the help of Howard, James, Rector, Shinder, Donnelly and Ritvo, Lucie Brock-Broido found “Armature, for the carry & the carrying on.” (“In the Attitude Desired for Exhibition,” The Master Letters)

Turning toward the truth, toward the pain and precarity of our predicament, Lucie Brock-Broido was unflinching.

I will go on loving as I love the backs
Of things and the invisible,

As I love the hideous or an attention
So attentive it is next to worshipping.

(“Self-Portrait with Her Hair on Fire,” Trouble in Mind)

Something of that fearlessness animates my own “Still Life with Vicodin” when the speaker says, “Ask me anything, I will tell you the truth.”

The lines that follow are some of Lucie Brock-Broido’s favorite lines in a collection she (painstakingly) helped me to build:

It is a fatal wound for every wolf and thimble.
Even the nightwatchman is not immune.
We may as well sing, George.

In the middle of the night one night, Lucie Brock-Broido asked me to lay all of my poems out on the living room floor. Kneeling side by side in a smoke-filled apartment, she patiently helped me order each section (paying particular attention to the first and last piece in every one). I can see still her there, shell-shaped, on that floor. I can still see that long blonde hair falling down around this Vicodin (which we agreed would be the only way to begin this collection).

That was almost ten years ago. I have been building ever since, building and re-building. It has a new title. Several new tones and textures. A new epigraph and a collage (on loan from mentors and friends who aren’t (physically) here to see what they helped inspire).