Home > Features > In Their Own Words > Kathleen Ossip on “The Believer”

Kathleen Ossip on “The Believer” 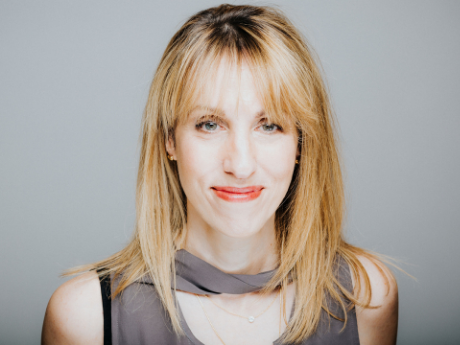 I made a God. I called her Grace.
I used no clay, no bronze, no iron.
I used my parts to make her whole.
And then I was part of the whole.

I found the others. I call them brave.
We laugh in the stream. We roll in the snow.
Our anger grows lilacs, our patience makes teeth.
The universe glows with oxytocin.

The Milky Way is part of the whole
and we are part of the Milky Way.
The light makes a stream. The two streams flow.
The streams come together and we give birth.

We bathe our babies in the stream.
Babies we made and now they smile
at the God I made who I called Grace.
We say the prayers that are our pleasure.

From July (Sarabande Books, 2021). Reprinted with the permission of the author.

I suppose that books of poetry hardly ever require spoiler alerts. But “The Believer” is the final poem in my book July, and it comes after the end of several journeys. In that way, it’s a culmination of the thinking and feeling and seeing and moving and changing that the speaker, I, undergoes in the book and have undergone in life. One of the journeys is literal, geographical: I traveled with my teenage daughter from the northernmost point in the continental United States to the southernmost point during July 2016. That narrative is told, diary-style, in the book’s central title poem. It was a heated, fraught journey in a hellishly hot summer; violence and hate poured out of every screen, every day. (There were also, of course, moments of beauty, natural and human.) The other major journey, which directly precedes “The Believer,” starts on election night in November of the same year. A woman fervently attempts to find some way to hope. In the process she (of course) apotheosizes into a fragile and fallible goddess. She sees much, wonders more. She wonders about paradise and reads Dante’s Paradiso. Goddess-hood doesn’t last forever, but it does create change, a fraction of faith, a sliver of hope. I was brought up with religion but had to battle my way to faith and hope (and love, for that matter). That’s probably a battle most of us have to undergo in some form or other, and of course it seems hardest when it’s most necessary. “The Believer” records, as close as I could come at the time, my vision of what an imaginative space based on faith, hope, and love—a God, in short—might be like.