Home > Features > In Their Own Words > Kathleen Peirce on “This Way” 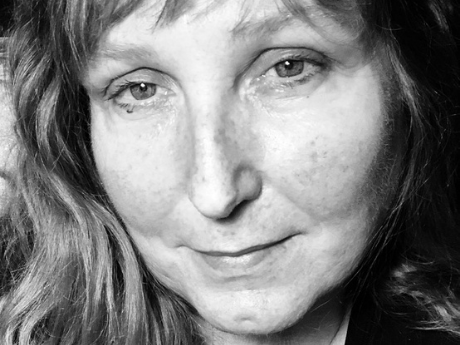 
From Lion’s Paw (Miami University Press, 2021). Reprinted with the permission of the author. All rights reserved.

This poem is from a series where each bears the same title and the same (tiny) first two lines, the shortest in my writing life so far, where I hoped that the writerly “preface” and the bodily “pre-/face” could be found together, merged and spare. I braided these poems through the manuscript for Lion’s Paw, where the general view relies on density, on fullness leaning on overfullness. Making them, I had wanted to approach form in a way that was new for me, and that compelled a change in voice. A change in view. I wanted each line intimate with silence, to hold privacy and mystery in hand while following a thought about reflection and identity, particularly in relation to women, of which I am happily one, and in relation to women who are partially defined by seeing/being seen as older, or old (me again). I also wanted to write to some of the women whose writing has guided mine. So, because of these intentions, and because a change in form, voice, and view warrants repetition, a series was inevitable, but this time, each poem was also made part of an object construction, housed in its own, old-fashioned (as we all are, with luck, eventually) powder compact, the sort that some of us remember as carried in the handbags of grandmothers, mothers, aunts, sisters. In this way, I was able to write, in part, with a sculptor’s sensibility, with my eye on one object as the outcome, and still as a writer for whom duplication is a common factor of making. As objects, these “powder books” held my intentions toward privacy, perspective, gender, and age in a satisfying way, and in doing so, shifted my thinking toward both compacts and short lines, unfastened me from my initial sense of them as keepsakes of superficial gestures toward beauty. It was a pleasure to send each “powder book” construction to the women I made them for, and I was glad to find that the poems also lived apart from their compacts, and, as a series, they were also in conversation with each other, and with the other poems in Lion’s Paw, too. This poem was made for Jean Valentine, dear friend and essential poet for so many. A short video of its “powder book” version can be viewed here.