Lucas Klein on Xi Chuan and translating “Written at Thirty” 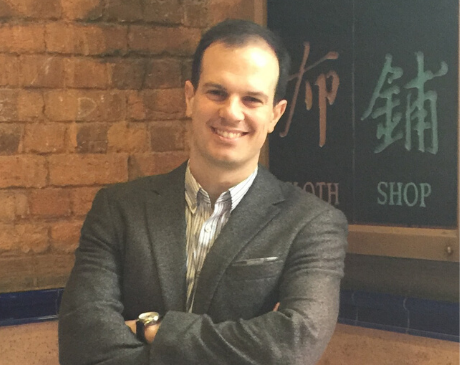 in my first decade
the moon revealed its silent craters
while under that moon, in the town I lived in
a clatter of exorcismal gongs and shouts in the street
my limping uncle swore in the courtyard
careless I met with a white rooster's kiss
and a girl pulled down her pants in front of me
I ran into a suicide's shade on the stairs
and was instructed: do not be scared
my father lifted me over his head
hail bounced in exhaustion on the road to the commune
I entered an immaculate school and studied revolution

in my second decade
with working crickets of all countries I grew up
together we scorned difficulty, together fell in love with violence and moonlight
a tiger appeared at my door
I smelled the scent of flesh
I bunny-hopped to a stranger's doorway
and saw a man and woman preparing their festive attire
I stole, and others stole too
I set fire to sparrows, and others did too
such is life, but I had an outstanding gift
for painting ideals of mountain landscapes
without too many sins requiring forgiveness

some doors shut, some doors were yet to open
my third decade was for travel and study
it made sense to torment myself
I sang for the brow and knees of love
but saw no faerie queens descend on the streets
friends came, wild and vivacious, then vanished
leaving me a shirt and glasses but no way to wear them
the spearhead of judgment called forth catastrophe
as riots of flesh that called forth rainstorms
I shouldered an umbrella and climbed up a hill
a bird searching for someone greeting thunder and lightning
making circles in the
how can you doubt both yourself and the world at once?
you can't stop the rain, can't get a bird to land in your hand
thought's like a knife, a flick of the blade
drenches my spirit in sweat
I drive out thirty contentious philosophers
and say to the shadow who guards me, I'm sorry
salty sweat, salty tears, what else is flesh supposed to taste like?
night is like a display of identical rooms
I walk through, pacing
back and forth as if it were all one room. Morning to night
my worries for the future prove I'm ill at ease—
the earth is in motion but I have yet to sense it—

On Xi Chuan and translating "Written at Thirty"

Xi Chuan (pronounced Sshee Chwahn, not to be confused with Sichuan, the province), one of contemporary China's most celebrated poets, was born in Jiangsu in 1963 with the name Liu Jun, which means "army," reflecting the ethos of the era. Raised in Beijing, where he still lives, he attended a foreign-languages school for future diplomats at a time when most schools were closed, and enrolled in Beijing University (where he gave himself the name Xi Chuan, meaning "West Stream"), to graduate from the English department with a senior thesis on Ezra Pound's translations of Chinese poetry. He teaches pre-modern Chinese literature at the Central Academy of Fine Arts in Beijing—where his art-major students have remarked that they learn more about artistic concept in his classes than in the bulk of their coursework on technique—but before that he taught Western literature in Chinese translation, and before that, introductory English.

Emerging as a poet in the second half of the eighties, Xi Chuan wrote what would become known as "Post-Obscure" poetry in the early heyday of Deng Xiaoping's "Reform and Opening Up" ("reform" in post-Cultural Revolution liberalization, "opening up" to trade with the capitalist West). His early writing reflected a belief in an international poésie pure, often demonstrating the exposed structures and urban timelessness of International Style architecture, or else an abstracted landscape that is clearly China yet, at the same time, not.

The high-lyricism of Xi Chuan's earliest poetry would not last. Because of the government's suppression of the democracy and workers' rights movement in Tiananmen Square, in which Xi Chuan participated, 1989 was a hard year for China's young intellectuals; it was an even harder year for Xi Chuan, as two of his close friends and fellow Beijing University poets died that spring, one from a cerebral hemorrhage at age twenty-eight, and another from suicide at twenty-five. And then the tanks rolled in on the demonstrators on June 4.

Xi Chuan barely wrote for two years. When he began again, it was evident that his poetry had undergone a radical transformation. His self-contained lyric opened into expansive prose poems that often reflexively observed their own poetic method, metaphor, and language. This is a drive he has maintained since; at an open dialogue this past winter at the MLA convention, he said he wasn't interested in writing "good poems," which I take to mean both acceptable to more conservative aesthetic standards as well as simply poems that are too "well-behaved." He says he still writes "good poems" from time to time—just to make sure he can—but mostly, he is interested in writing texts that explore possibilities rather than neat poems that offer one emotion or sensation at a time.

"Written at Thirty" comes from right after Xi Chuan's switch from lyric to expansive prose poem. While it's not prose, obviously, it nevertheless contains the multitudes that any open look at one's biography requires. Other translators have published their versions—both online and in print—but my translation takes advantage of Xi Chuan's explanation to me of what he meant by the line I had earlier translated as "I grew up with the whole world's crickets": he said his teenage years coincided with the end of the Cultural Revolution (1966 – 1976), which also entailed a change in Chinese people's relationship with Maoist rhetoric. Much of his poem, he said, was an attempt to "write through" his upbringing and the language around him. English-speakers being, for obvious reasons, much less attuned to Marxist diction, I rewrote my translation through the final appeal of The Communist Manifesto, to translate the line as "with working crickets of all countries I grew up."