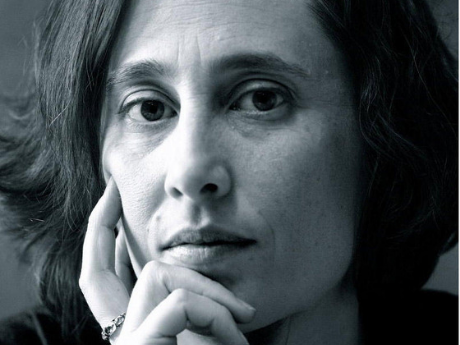 when a poem is finished? I have
nothing else to say it is not
easy no other subject every

the end I thought but it was already
over Dr. Lin said         Do I have your
machine heart in the rain against

consent?
he said inside this terrible painting
the world goes on without any

From The Pedestrians (Wave, 2014). Reprinted with the permission of the author.

I wrote "[taking away taking everything away]" in response to an assignment I gave my graduate students at NYU. I was teaching a course I called "Terms of Engagement." In this workshop the students wrote new poems every week in response to various modes of engagement including: ekphrastic, kinetic, narrative, collaborative, textual, hypnopoetic, historical, social, political. The first mode we considered was ekphrastic. For this assignment I asked students to write poems in response to "Matisse: In Search of True Painting," an exhibition at the Metropolitan Museum of Art. The College Group at the Met (with whom I'd worked before, on another poetry project) had agreed to host a public reading of the poems that my students would write in response to this show. We were all excited to give a reading at the Met.

Just before the semester began I went to see the show, which had just opened. I loved it. I was fascinated by the paintings and by the curatorial decision to highlight Matisse's revision process. From the notes I took at the museum:

M's practice of using repeated images to get at the "essence" of something...

The idea of "using black to paint light" -- translation for poetry?

Simplification of form (inspired by African art), "deformation" -- how to translate this to poetry?!

The effect of changing the medium. How to we use that in poetry? Ex: Write two poems on the same theme but one with a "fast drying medium" the other not...

M made versions of paintings, not traditional sketches... perhaps I can relate this to essay/idea of "radical revision" and the difference between revising and "fixing" a poem...

I was excited to see how the students would react to the show and eager to bring the model of revision as a series of versions (rather than a process of fixing a "wrong" word or line) into the classroom. I loved the way Matisse painted over and over some of his most famous works, often simplifying his forms, sometimes removing whole figures. This kind of re-visioning seemed bold and brave to me: the work of a true artist.

Three days into the the semester, my mother, who was in Taiwan working on the epic story of Monkey King, suffered an aortic dissection and was rushed into emergency surgery. She lived through the 11-hour heart valve replacement but never regained consciousness. Her heart was not able to beat on its own.

It was the most shocking and traumatic event of my life and changed everything in my life. I took a week off but needed to go back after that. Teaching in that state of profound grief and shock was a welcome distraction and an excruciating effort. I went back to the Matisse show with my students. Only three weeks had passed, but I had a completely different feeling about the exhibition and found I could not bare the absence inherent in Matisse's revisions. Everywhere—I could only see and feel loss—the losing, the erasure, the rubbing out, the flattening. I hated it.

I wrote this poem in a single, painful sitting. I'd planned to participate in the public reading at the Met with my students and didn't want to let them down. Also I wanted to model for them that one could write through the hardest moments in life (probably I wanted to convince myself that this was true). The poem was originally called "Matisse Show Before and After My Mother Died" and was written as a series of one line stanzas. It went through several drafts and revisions in which words and phrases were taken away or added (I felt no sense of irony about this at the time). Several drafts later I felt I needed more structure and chose tercets, a stable but unstable pattern that can just barely stand up. I was losing my vision, couldn't sleep, eat, think, or be alone (although it was also painful to be with people). I craved distraction but couldn't stay focused on anything long enough to be distracted. I needed some sort of form to help me make it through this poem (and that time). My mother's heart had stopped, everything had stopped; her body (form) was cremated and sent to me as an unrecognizable dissolution of her.

I was glad to have written this poem—it was the first poem I'd written for several months (I'd been working on a memoir, MOTHERs, which was, in part, about my mother), but the tercets and the belief that one could write through the hardest times were not enough to keep me writing. "[taking away taking everything away]" ended up being the only poem I wrote for well over a year.