Home > Features > In Their Own Words > Sara Henning on “Terra Firma” 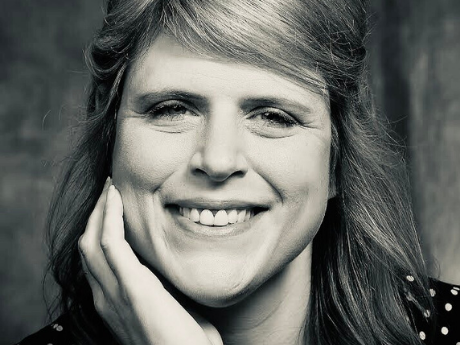 I sink my heels into darkness, that silky tether.
Grief is an island of mercy touching my skin.
It hurts like hell to bury your mother.

Longing is my other story—not cancer,
not coma hushing her into its dirty hymn.
I sink my heels into darkness, that silky tether.

Too wicked to die, I thought she’d live forever.
She seethed all night on cigarettes and gin.
It hurts like hell to bury your mother.

I swallowed her storm, as if love was duty, not weather.
Surges, riptides braising my heart with her din.
I sink my heels into darkness, that silky tether.

I hated the menthol scenting her black leather
jacket. I still tangle my body up in its sensuous sin.
It hurts like hell to bury your mother.

What is pain but a story of mercy? It lingers
in my blood. All things end to end again.
I sink my heels into darkness, that silky tether.
It hurts like hell to bury your mother.

From Terra Incognita (Ohio University Press, 2022). Reprinted with the permission of the author.

Obliterated. Zeroed out. As my mother lost her fight with metastatic colon cancer in 2016, I fell through the Earth. The boundaries of my world melted like a clock in Salvador Dalí’s The Persistence of Memory, and the ground disappeared from under me. My life, for over thirty years, had operated with established order. I was the anti-hero of my own narrative: daughter of a single mother from north Georgia, survivor of her manic rages and destructive depressions. She lived life without filter, angry and raw, chain-smoking her way to early death. My bipolar mother was more powerful than any God I’d ever whispered to at night. She could change the weather of the room with a look. There was thunder in her screaming. You never knew if she would smite you or pull you into a hug.

I feared my mother. I loved my mother. The trauma of my father’s death in 1982 bonded us. She raised me as a single parent at the end of the twentieth century, moving us from a modest duplex to a two-bedroom starter home near my school. My mother always worked two jobs. When my grandfather met me for the first time, he told my mother, “I’m not feeding that little bastard.” It was my normal, until nothing felt normal.

“Terra Firma,” like many poems in my collection, Terra Incognita, is a love song for the complexities of survivorship. It is also a villanelle. The beauty of using established forms to examine hard topics (like grief, loss, and love) hinges on the fact that these emotions are circular, the way life is circular. Both are repetitious: I sink my heels into darkness, that silky tether. / It hurts like hell to bury your mother. These two repeating lines serve not only as stanzaic refrains, but the refrain of my life as I navigated death’s bureaucracy (filing my mother’s taxes, attending to her home mortgage, ordering death certificates) and my own private grief.

It hurt like hell to bury my mother. “Terra Incognita” is a term used by cartographers to describe terrains unmapped or otherwise undocumented, whereas “Terra Firma” is Latin for “the earth under one’s boots.” In this poem, I move between these two foundational latitudes: living, unmapped, in grief, then finding the tether of solid ground.

As I wrote this villanelle, I thought of Patricia Smith’s 2016 interview with Jon Riccio in The Volta Blog, in which she spoke of using form in her powerful collection of poems about Hurricane Katrina, Blood Dazzler. Smith said, “You can’t look directly at death unless you can contain it. It’s horrific in its undefined edges, and the idea of it unleashes a fear that blurs both its reality and inevitability . . . . Concentrating on the syllable count gave me a way to confront the body count.”

While it would be inexcusable to equate the private pain of my mother’s death to Katrina’s social and ecological crises, Smith’s use of form to approach difficult realities spoke to me. It made me consider the question, “How can writing in established forms help a poet find order after deep loss?” Writing the poems of Terra Incognita, navigating the boundary of free verse and received form—villanelle, sestina, sonnet, pantoum, haibun, golden shovel, duplex—helped me put order to chaos. It helped me map my way back to the living.