Home > Features > In Their Own Words > David Francis on Severo Sarduy 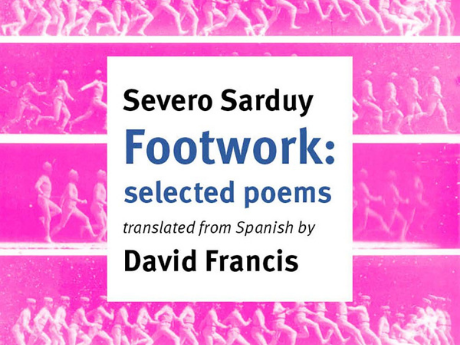 To the Letters of the Alphabet / A las letras del alfabeto

To the Letters of the Alphabet

Ardent letter, your blood will be ephemera,
brief, like flowers of the baobab,
creating words that other letters (sic)
drop from, a ruse, blundered.

Elsewhere, writing was in another empire
fragment, crib, knot, raga, and kif;
grave thunder of a golden gong,
hint and reflection of an ancient aleph:
image that the space gives of its own I.

Joining together letters, sun, and haj,
—Kafka finds himself with his double, K:
lackadaisical writing of a rumor that’s lethal—,
llano filled, combined, in the words of Lull.
Mallarmé doesn’t forget this, nor does Islam,
nor the monk who taught in the monsoon,
or he who wrote with letters and prayed, oh

Piet Mondrian paints listening to be-bop.
Question: who is Duchamp and who HOOQ?
Reflected in the trivial and the stellar
—signs, silences—do we not see the shadow? Or is
there indeed all the being of light, as in Rembrandt?
Universe of letters where you
view painted cities: Tel-Aviv,
Westminster by Monet, the gray Glasgow;
xylography of the crude Sfax.

Yet, here is his signature: Severo Sarduy—
zagging, left-handed algorithm of stubborn glitz—.

Translated from the Spanish by David Francis

The scarred body or the image of its absence? Faced with the question of how to translate the “body” of Severo Sarduy’s poetry, I feel a sense of stuttering: how to convey the enormity of seeming contradiction I encountered while translating his poems, indeed a body of work that sings on its own, that celebrates the carnal life, the sensual experiences of dance, of painting, food, music and sexual pleasure, but that also recognizes—in these pleasures—the imminence of one’s passing? In his 56 years of life, the exiled poet, novelist, essayist, painter, and world traveler managed to include such a vast range of perspectives and forms in his texts that, in the process of selecting which poems to include in Footwork, I wanted to offer a survey of his life as a poet, from his earlier pieces to those he composed near the end of his life.

Severo Sarduy was not known to follow convention. Nor did he think that conventional approaches to storytelling or lyrical composition could capture the complexities of human behavior or personal and national identity. The publication of his major works followed the Cuban Revolution and the political turmoil that would ensue with Fidel Castro’s rise and Cuban dictator Fulgencio Batista’s loss of power in 1958. As Boom literature—galvanized by such authors as Mario Vargas Llosa, Julio Cortázar, and Carlos Fuentes—brought Latin America increasing visibility on the world literary stage, this gay author and artist, son of a railroad worker, redefined Latin American approaches to the writing of literature from the vantage point of his exile in France and from many other parts of the world he visited after departing his country of birth.

Born in 1937 in Camagüey, Cuba, Sarduy started writing as a young man, publishing in his teenage years in various Cuban literary magazines between Camagüey and Havana. After pursuing studies in medicine in Cuba’s capital, he left the island on a scholarship in 1960 to study art criticism in Europe, traveling to Madrid and then to Paris. Aware of Castro’s efforts to police homosexuality and “reeducate” gay men in work camps called Military Units to Aid Production (UMAP), the writer would reside for the rest of his life in Paris, never to return home.

Sarduy achieved considerable notoriety before his life was cut short in 1993 due to complications with AIDS. The author’s first novel, Gestos (“Gestures”), was published in 1963, but the book by which he is most recognized is De donde son los cantantes (1967), an experimental work of fiction that Suzanne Jill Levine translated deftly into English as From Cuba with a Song in 1972. Internationally celebrated for his work, Sarduy won France’s prestigious Medici Prize for his novel Cobra (1972). Indeed, critics have published extensively on his novels and essays and continue to write about his poetry.

Sarduy’s works contain an often chaotic convergence of linguistic registers and characters, whose bodies—dressed in drag, tattooed, or scarred—distort, reconfigure, or “explode” (in Big Bang fashion or in little deaths) bourgeois efforts to codify or define a singular Latin American identity. “To the Letters of the Alphabet”—in which each line’s first and last letter, together, spell out the Spanish alphabet—illustrates not only one of Sarduy’s masterful formal renderings, but also the expansiveness with which he wrote into his works vast geographies of art, philosophy, science, and the life of writing. Within the confines of 27 letters (one of them being the Spanish “ll”), Sarduy encompasses the broad sweep of his poetic subjects, including himself: the poem’s speaker concludes his penultimate line with Sarduy’s name. Written five years before the author’s death, the poem becomes an homage to his oeuvre and the mark it would leave on the history of literature. 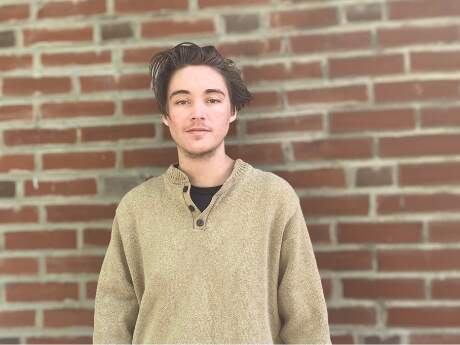 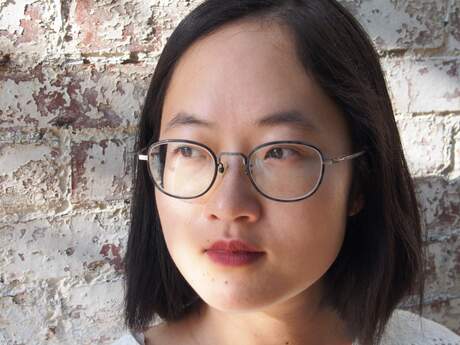