Home > Features > In Their Own Words > TEN NEW-GENERATION AFRICAN POETS 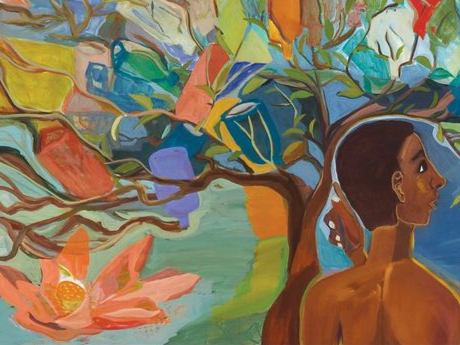 We invited about thirty-five poets to submit manuscripts for this year's chapbook box set. This is an annual ritual that we are committed to carrying until we arrive at the tenth year of publishing the chapbooks of a new generation of African poets. Each year, the task gets more and more difficult. The quality of the manuscripts is extremely impressive. The range of the work we are getting is equally striking, representing poets living in Africa and those of African heritage living in the recent African diaspora. More and more people are sending us the names of poets who they believe would do well to be considered for the series, and so making the selection has become a greater and greater challenge for Chris Abani and myself—but it is a challenge that we welcome. It confirms a hunch we have had for a while that given the possibility of a thoughtful, well-edited publishing entity for their work, the African poets will emerge. We are not discovering poets. This should be clear from any brief look at the poets we are publishing here. All of them are serious writers who have been engaged with the world of publishing, having had individual poems published in literary journals and anthologies around the world, and having won fellowships, awards, and prizes for their writing. For many who follow the writing of poets of color or who pay attention to the spoken word scene, some of the names listed here will not be strange at all. A few are at the final stages of putting together their debut collection of poems, and others can be read online. Yet, for many of them, their presence in this singular gathering of African poets is an important step, and there is something extremely exciting about seeing the ways in which they have engaged this complex idea of Africanness with their work.

Listing (v.)
from The Habitual Be
by Chimwemwe Undi

In dog years, I am dead. In Black years, alive,
so: exceptional, increasingly so. I ask strangers
for directions on pocket scraps & build myself
a map home as cohesive as a litany
I am having trouble remembering.

I am having trouble remembering.
There are too many bodies in this room built for bodies.
We are magic typecast as disappearing acts, history
whispered into memories.

& easier things:
1. the prime ministers in chronological order,
2. My Very Educated Mother Just Served Us Nachos,
3. the angle at which the earth leans, shaking us off like water.

There is too much to say
for this mouth built for praying.
There are too many names to unhear
so I don't have to remember
or truly, repeat to meaninglessness,
or truly, forget them,
outrage a poor mnemonic device.

I am having trouble remembering.
I am forgetting & that is the worst part.
I cannot hold a name long enough
to know it. Even the faces are growing statistical,
the write-ups into archives. I know guilt better
than grief, as well as a restlessness,
better than a Black body breathing still.

In my earliest memory, a man slaughters a goat in my bathroom. In Rabat, I am nameless, another Moroccan girl to be looked at but not seen. When goats cry, it sounds just like a baby. I couldn't list all the terrible things we do to one another. I remember the goat kicking out, frantic. The shattered mirror. The stumbled prayer. I was sick every visit: my stomach heaving dirty water. I would cry and everyone else would tsk, murmur American. Once, I kissed someone and I'm afraid it ruined the world. I've learned that it's not what you do with the knife—it's how you hold it after. But how do you hold something like that? Something that never stops baring its teeth; a voiceless dog, all bite, no bark. I remember very clearly that I never saw any blood. Honestly, I wouldn't even know what to do with a knife. I didn't even know what to do with that mouth.

Luna
from Girl B
by Victoria Adukwei Bulley

By sleeping in the dark, said Louise,
a girl realigns her chemicals according
to the clock face of old. With a pair of heavy curtains

and a thermometer, she maps her inbuilt
almanac to a graph and then divines, from this,
the times when she is most magical. This dreamtime

troubles the veil between worlds, incites visions,
can slam oceans against coastlines
like jealous lovers. Man, let a girl feel this amber sphere

just once, and she'll forget what she heard about God
and her body; seeing what difference is left, knowing
how books have burned over both. Science, too:

brutal and unforgiving—until it got the eclipse on camera:
the follicle exploding like bubble wrap,
the ballooned egg in release,

until the window for conception slams shut
faster than Pandora's trinket box, or the door of an aircraft,
One small step for man, one giant leap,

but when us girls were at school, we spoke of our own landings
plainly. If at all, as weeds, as inconvenient blossomings,
marooning the flowerbed, claiming what wanted

only to be good, clean fun, leaving
a crimson imprint after slipping in, noiseless, uncalled for,
unnamed, through the night, like a new moon.

Welcome
from Sabbatical
by Famia Nkansa

I am trying to explain my intact clitoris,
the Jill Scott nestling against Obrafour
in a crevice of the shelf.
Nants ingonyama bagithi Baba
Gray eyes turn to slate. I cannot translate
the song. I've never fought for the right
to put the water basin down.

I stretch to steal the pencil,
so I can grab the sketchbook,
draw myself, angle my chin,
shade in my arch. They hold
both above my grasp. Why
have I never seen a war? Is my
family civilized or tribal?

Rivers
from Everything Here
by Lena Bezawork Grönlund

I can smell the dust here.
Maybe that is why
I keep coming back.
Libraries are the same
everywhere. Today the sun
is close to the window.
I push my hand against
the glass. Cold. Outside
blue sky, clouds move softly.
Leaves in masses whirl
like crowds of refugees
driven away by war. Inside
I turn pages following
photographs of the New Flower[1],
watching out for someone
who looks like me
more than once.
I am there, a girl looking out
from behind the corner
of a fading house.
Then there is nothing
but this building,
the blue sky,
wings flapping in my mind.
Eshu, introducer
of chance and accident,
I imagine him
standing still, lurking
inside the warm air of Ethiopia,
hovering over that house
in which my mother,
never having gone to school,
swept floors,
seeing to it that my father,
the student,
started repairing the walls.
Eshu brought them together.
That is how they met.
How they came to part,
my father has never said.
"—Eshu, the wind blows stronger outside.
Will she be able to stand?"
Raindrops fall.
These pages are dry.
She is there again.
The same face more than once.
Eshu is watching her.

Salt: Alum
From Take Me back
By Chekwube O. Danladi

You can touch me.
I've been so good. I have
been especially
still, all this time,
each of my palms
made a bed for your untucking,

me, the meal made
from reused chicken grease:
eased and always saying yes.
Gender is cunning;
the ruination
unwitting—

a stolen position.
I have been bent over.
The beast dug
out of me, the jewels.

Pleasure light pops
the eyes, obsidian sticks in the throat,
even this body doesn't register.

The knuckles fold toward Lake Michigan.
The gut hardens.
Oxalate builds in the kidneys,
The tongue is a grateful peasant; for
a beating I can answer to a middle name.

Rats
from The Book of God
by EjiỌfỌr Ugwu

When you sleep in the midst of rats
a night so beautifully started
can be un-night,
then you keep sleepwalking
on rat tracks,
the feces forming slippery pads.
Rats are very movable people.
They sleep very little at night.
Rats don't sleep at night.
And it happens to you that
the man next door
escaped the war of rats
when he took sleeping pills
and woke up in his silent coffin,
chewing away at his own lips,
crying out blood.
Life cleans up the world that way.
But why do men keep rats
in their inner rooms?
And for the last time, the voice spoke:
It's a rat world.
You only live to keep them out
or on the way.
They like human flesh.
They are carnivores, always busy
sharpening their claws and incisors.

Nightmares
from Blood For The Blood God
By Mary-Alice Daniel


The dead may be controversial—they may liken us to birds.
Maybe birds should just go a little wild.

Sometimes the spirit-like quality is pleasing and slight—
but every once in a while I want a little muscle—you know?

I don't yet feel the weight of these enormous birds,
because they're only wings and wings are only light.

Parrots do have a presence.
They have the quality of bad visitants—a dire nature in
their speech.
Parrots remember your face—(conspire)—can find you.

A two-inch feather emerges
from a baby girl's neck:
the body internalizes
the flight-coded language of dreams.

Each morning we wake up on opposite sides of the bed
and play at being Lazarus for a day, an afternoon.
Some of us will make it back, the rest
descending into a breaking night, only to be mourned
by those who look like us
across the split lip of an ocean.