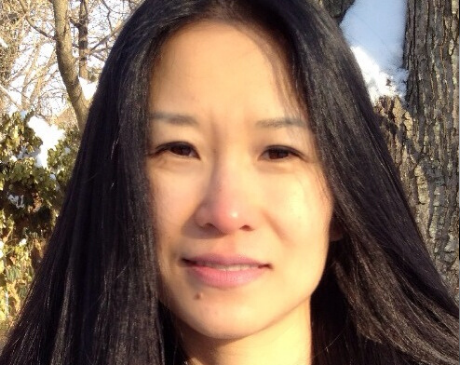 Pushing open the woods
the sun pours blood
inside a lamp


All rights reserved. Reprinted with the permission of the translator.

On the translation of "Sonnet: Night Moon"

This is one of my favorite Hai Zi poems. Its folkloric simplicity, startling imagery, its fine balance between mystery and clarity, emotional openness and restraint are among the qualities that compelled me to translate Hai Zi's work in the first place.

In translating this poem, while retaining its overall music and sentiment, I made several departures from the original for the integrity of the translation. One departure is the rendering of the two-character compound "不幸." Though its closest English equivalent is "misfortune," I decided to translate it into "suffering" for a couple reasons. Auditorily, "suffering" works better for the line—"every suffering comes from my deep and secret water"—with the assonance of "suffering" and "comes" and the alliteration of "suffering" and "secret." Semantically, as the poem contemplates the fundamental themes of self and world, transience and permanence, I find the word "suffering" more befitting for these themes than "misfortune." While the word "misfortune" means bad fortune or ill luck, "suffering" signifies a state of being that can be a result of both misfortune and inherent pain, and thus has a more elemental quality about it.

A more obvious departure I made in the translation is cutting a line from the original. It's the last line in the third stanza, a phrasal line, "一切不幸"—a phrase that is repeated in the last line of the poem. I find it syntactically awkward when rendered into English and its appearance here seems to take away some of the resonance and urgency of the last line. I feel in a poem so sparse and concise, such a dangling insertion can diminish the intricacy of the whole. So I take the line out and break the previous line into two lines to maintain the sonnet form.

I understand that although theoretical discussions on literary translation have largely moved beyond the debate over "fidelity" versus "infidelity," or "literal" versus "free" translation, in reality, there's still an expectation for the translator to be faithful to the text. Personally, when my project is the translation proper, rather than rewriting or imitation (such as Jack Spicer's After Lorca), I try to first of all pick poems that can be rendered well in English, and at the same time, they are poems that compel me to spend time with them. But that doesn't mean that I always find them absolutely perfect. Inevitably, as I translate them, I'll want to make certain changes—whether that involves modifying what I perceive to be little imperfections or taking the liberty to deviate from the original as long as the deviation benefits the translation. In general, I agree with Derrida that no text is pure, supreme, or inviolable, and as a literary translator, I do not want to think of myself as a "passer-by." Rather, I believe we have the freedom to let our sensibility and creativity play an active role in the translation process.