Zachary Schomburg on “What Would Kill Me” 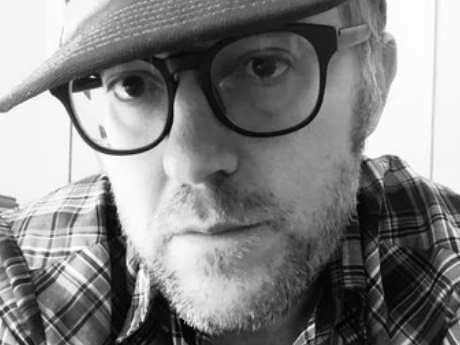 What Would Kill Me

On page 63 of my copy of Woman in the Dunes by Kobo Abe, someone had underlined “A monotonous existence enclosed in an eye.” How much sand there is depends on how far away you are from the sand, I thought. A spot. The whole sky. A week later, while watching Teshigahara’s 1964 film, I paused it at 1:40:58 when I got up to get another cold drink. It was a hot night. There were no screens on my windows. Right there in front of me, three men stood still on a sand dune with flashlights in the dark. Together, they looked like the bright unblinking eyes of a jumping spider. I can not stop, I thought, the spider, or a pursuit, or from tiring in quicksand, or a madness in the darkness, or a tiny light-pink fruit fly, the hot breath of a bear, an always on television, from finding a pair of scissors on the moon, or when I die, noticing my death notice me.

From Fjords Vol.2 (Black Ocean, 2021). Reprinted with the permission of the publisher and poet. All rights reserved.

On “What Would Kill Me"

I prefer reading old books with plenty of marginalia. It puts me in such an intimate space with a stranger, across time, but with a fixed shared point. We met on that sentence— “A monotonous existence enclosed in an eye” on page 63 of my copy of Woman in the Dunes by Kobo Abe—but not even just that sentence, that ink. That reader had a thought, was moved, for maybe just a half of a second. Usually, upon encountering marginalia, my first thought is: I wonder if they’re dead now. And when I add marginalia, which I do in almost every book I read, I think about being dead, and the stranger reading it.

Nearly half of the poem is one long trip of a sentence, from “I can not stop…” to the end, which I really like. The sentence is 56 words long. I like a sentence you can be lost in, like a funhouse, with hardly any fixed points, and then, oh my god, there’s the exit, and it’s night time now. How is it night time?

Fjords is a lifelong book of poems that I’m writing, roughly one volume per decade. Volume 1 was written in my 30’s, and this volume in my 40’s. I hope to get the chance to write volume 3 in my 50’s, volume 4 in my 60’s, and volume 5 in my 70’s. The structure of each poem, and the concept will remain consistent throughout—short prose poems born loosely, some of them, from my own dreams and friends’ dreams. With the structure and concept steady, what changes is my approach to poetry, and my relationship with death, love, narrative, language. It’s a book that will allow me to see myself grow in the form of a poem.