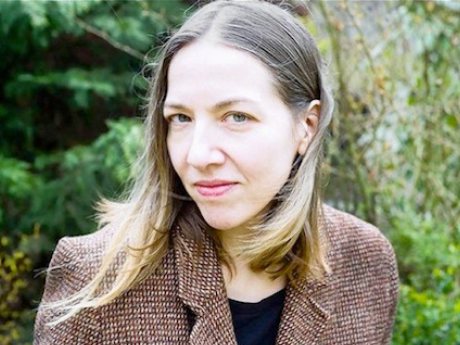 The title of my first book, Manderley, was suggested to me, long after the manuscript had achieved its final form, by a friend in my writing group. It was an inspired suggestion, and I took it immediately. The truth of the matter is that the book, Manderley, is only related to Daphne DuMaurier's novel Rebecca (and Hitchcock's film of the same name) by this incident. I am not sure why I am willing—eager?—to admit this, but I am.

Rebecca, briefly, is the dead wife of the protaganist's new husband. She haunts said nameless protaganist—as well as the novel itself—as a spectre of all that the heroine is not, and can never be: well-bred, glamorous, beautiful—loved. And, perhaps most significantly, to the manor born. The manor in question is Manderley—a gothic manse in the best tradition, set to end up in flames and ruin.

My book happens to have lots of houses in it, as well as lots of dreams, failed love, morbid longing, insecurity, and, of course, lots of Rebecca. I am, after all, indisputably, Rebecca—and perhaps the best joke of the title's random application is that many of the poems in Manderley are consumed, if not concerned, with evading, distending, even exploiting the sort of confessional referentiality that the connection would imply, were it given the chance.

Several critics, most notably the nameless critic in Publisher's Weekly, have taken at least a bite of the bait and made much of Manderley's gothic home. "Rebecca Wolff's Manderley tears mosses off the old manse of Du Maurier's haunted classic Rebecca, tosses them with a heady late 90s bravura . . . Wolff here sets the house afire." Late 90s indeed! Most of these poems were written between 1990 and 1995.

Formally speaking, I look back with not a little awe at my own late tendencies toward density and irony, and my rather exaggerated command of the English language. Recent work has tended toward a simplicity of texture and affect and a sort of open-weave structure, looser to let the light in.

The King
Alone at last with my feelings,
the King an unlikely sentry

Thinking is dry, and frivolous

I often have a hidden agenda
(a secret)

And why the King should choose
to starve his son to death,
in isolation
and torture him with
water running pitiless on his nakedness,

I woke up, changed.
You've got to spend money
to make money.

In the kingdom
you will live together forever
because she is a fag
hag and you are a fag
hag hag. Family

I wanted to make my son
look like a king

Generally I am opposed to mutilation

"The King" by Rebecca Wolff. All Rights Reserved. Reprinted with the permission of the author.
Rebecca Wolff