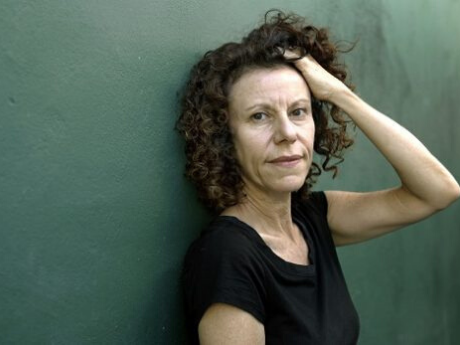 One specifically American thing about past and present American poetry (for those practitioners of it who write in English) is their use of beautiful, chewy, tawdry, vigorous American English as their medium. This is kind of a big deal. Recently, I've been making lists of movie titles to use in constructing poems. I realized one reason I felt drawn to the packed, colorful titles of American films is that so many of them seem to present the funny, irrepressable melodramatics of American English in a nutshell--our language with its distinctive mixture of slang and preachiness, the elevated and the silly, the heady and the democratic, the lofty and the colloquial, reverence and irreverence, the straightforward and the shifty. I can't get enough of these titles—to my way of thinking they condense and reflect so much American poetic energy as manifested in the language itself over the past several decades. Here are some titles to illustrate what I mean:

I could go on for pages but I won't. Movie titles are particularly interesting to think about in terms of what makes American English American, because they often seem to represent an attempt to marry literary and popular culture—"high" and "low" art interests in a single one to five word phrase—and I think that attempt, (besides being a play to attract the largest possible audience and hence cash in at the box office) is indicative of a deep, longstanding double urge in the American psyche: to be as learned and rooted in great, historical traditions as other, older cultures; but also to be original, iconoclastic trailblazers who invent and embrace the new. I think American movie titles are one of many manifestations of these two impulses in American culture and language, and of the tension generated between those impulses. Americans can be wowed by both princes and gangsters, by both grace and spunk, by the prince in the gangster and vice-versa. American English, and by extension, American Poetry reflect this duality of interest and ambition (so does American prose, for that matter) which gives our language a lot of its personality and punch.