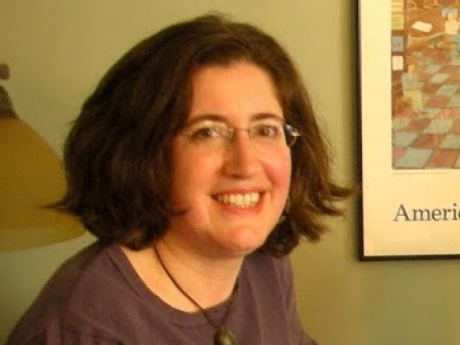 I was raised biculturally and somewhat bilingually. Thus like so many other "Americans," I fabricate an American identity disjunctive with the country's linguistic, historical and physical spaces. In that it is impossible to be completely "American," I am American.

Like many poets of other countries, many American poets are questioners of their country's culture and politics and subsequently their work is written within a very particular context of historical concern and protest. American poets also stand in stark contrast to capitalism and the marketplace, in that they don't produce a sellable commodity. Instead, they dedicate their lives to something that appears completely useless, unquantifiable. American poetry is also amazingly diverse, although that diversity is not honored or acknowledged or public as it should be.

The United States was built through a mind-numbing amount of human exploitation and genocide made possible by racism, and American poets write along this—maybe we are driven by a sense of responsibility, a haunting, a sense that we have to re-write (not revise, but restate) histories that are continually being reburied because of the horror of remembering them. I am a white woman of indeterminate class, and there are many subtle (and not so subtle) ways my writing—and the reception of my writing—is affected by this. Some doors are unfairly open to me and others unfairly closed. I think many artists and poets participate in both upper and lower class—deprivation and social services on one hand, but then good books, art, music, education. Little luxuries when a grant is received or a painting sold. I worry about older poets who have no health insurance and a precarious living cases—there are some pretty hard situations out there.

Many of the largest American poetic movements, such as the New York School, made great use of "high/low" cultural juxtapositions. This comes partly from turn-of-the-century European art and writing, such as Dadaism, but many American poets continued—and continue—to discover and refine delicious contrasts. At this point, I wonder if it's unacceptable for a poet to write purely on one side of culture or the other. Or, where's the division?

I've argued that American poetry has been hugely influenced by poetry in languages other than English. What would American poetry be without Rimbaud, Mallarmé or the surrealists? The Négritude poets such as Aimé Césaire are another enormous influence. Chinese classical poets. Russian futurists. Japanese forms. There's much to be studied in this overlooked area.

As for my own tradition, I've got an eclectic and ever-growing cast, stemming from (to name a few) Gertrude Stein, Césaire, John Ashbery, Bernadette Mayer, Francis Ponge, Will Alexander, Henry David Thoreau, Tina Darragh. I also look to nonliterary sources—artists, scientists, philosophers.

There are so many conversations now happening around poetry, given all the 24/7 electronic forums, and is this to the detriment of poetry itself? How much does poetry now occur within the conversation, the explanations (justifications), interpretations, theories (and I'm not saying this is bad, just different, and just something to be thought about) about "it" (if there's even a separate it anymore)? There's a lot of reading and perhaps renovation going on. And lines being crossed between critic, theorist and poet very deliberately. Will this blur into a monotonous buzz, or foster innovation?