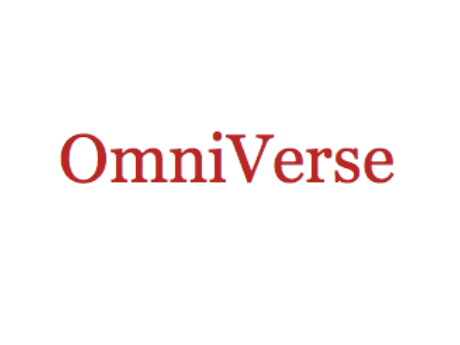 Tell me about the creation of OmniVerse. When and how and why was it conceived?

OmniVerse, which officially launched in November 2011, evolved out of the Omnidawn Publishing blog maintained by Craig Santos Perez from 2007 to 2011. The Omnidawn blog served as a community space where we could share news about Omnidawn as well as feature work from writers who we admired but hadn't published books from—writers from communities that were perhaps peripheral to ours, that we wanted to explore and promote. As more ephemeral social media outlets like Facebook and Twitter became more popular and appropriate ways to promote the press, Rusty and I realized together that the logical conclusion was to take the Omnidawn news to those outlets and focus on developing what had been the blog toward writers outside of our book publications. Selfishly, I'd always wanted to edit a literary journal, and Ken and Rusty were clearly on the same page; it's important to us as a press that we provide spaces for exploring creative possibility in many formats. To us, OmniVerse is an important aspect of that outreaching effort, an active community for literary works and conversations.

What makes OmniVerse different from other places to encounter poetry (and literature) on the internet?

I know I emphasized community quite a bit in my answer to the previous question, but it's important to note as well that OmniVerse is no less curatorial than Omnidawn's full-length publications; we always seek work that both resonates with our particular interests and that excites and enlightens us to new ways of thinking and reading. The confluence of these two impulses is a sense of play that's really afforded by the short form of OmniVerse; because we publish more frequently than many other journals (once a month), we feel this creates a sustained engagement and exploration of many different forms, aesthetics, conversations. In this way, OmniVerse offers a space that is always reaching toward both discovery and totality -- hence the slight pun in our title on the 'omniverse' (i.e., multiple universe) theory. To us, OmniVerse provides a forum for many aesthetics, whether interwoven or operating in parallel/perpendicularity/some other dimension, radiating outward in many diverse directions.

This year, we've turned our eye particularly toward works in translation and essays on translation; of course, translations are very near and dear to our hearts at Omnidawn, and the idea of conversant works is particularly appealing to OmniVerse's aim and aesthetics. David Koehn, Ewa Chrusciel, and Donald Revell have all presented varied, fraught, fruitful explorations of their own process in translation; we've also had collaborative translations of the Albanian poet and essayist Moikom Zeqo by Wayne Miller and Anastas Kapurani, and of the Aeneid by David Hadbawnik with illustrations by Carrie Kaser. I love how all of these works, in their own ways, explore the temporal and physical multiplicity that manifests in the work of translation; artists communicating across history, culture, language, and media. It resonates so well with the sense of OmniVerse as both an encompassing and far-ranging medium.

What should someone submitting work to OmniVerse know about the site?

Unfortunately, we're actually not open to submissions at the moment -- we're definitely guilty of the 'eyes bigger than stomach' impulse, and we've booked ourselves almost a calendar year in advance, which is really indulgent for a monthly journal! The community of writers that are new and exciting to us is expanding so rapidly that it's all we can do just to keep up with that, without even thinking of formally opening up submissions. Of course, we know well from our work at Omnidawn that open submissions are an important way to expose ourselves to these expanding communities; OmniVerse just isn't there yet.

What other literary sites, journals, or broadcasts, online or print, are your go-to?

Two of my absolute favorite online journals are The Offending Adam and The Volta. I definitely see both of them as part of the vanguard of innovative literature; TOA makes such a wonderfully considered presentation of writers doing things that no one else is quite doing, and I love The Volta's multimedia approach to the literary conversation. Jacket2 is of course a vital wellspring of intelligent, transformative criticism. Print-wise, I love the aesthetic maximalism and impact of publications like VOLT and Lana Turner; in addition to putting out exciting, probing work, the intentionality of the print medium is wonderfully apparent there.

* * *
Gillian Olivia Blythe Hamel lives in Oakland, California, and holds an MFA in Poetry from St. Mary's College. Her work has appeared in CALAVERAS, ILK,comma, poetry, The Offending Adam, Witness, and The Volta. Gillian also co-publishes speCt!, a chapbook series and book arts imprint, with Peter Burghardt and Robert Andrew Perez. She is managing poetry editor at Omnidawn Publishing and managing editor of OmniVerse.