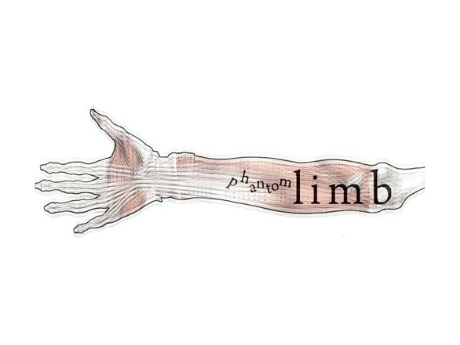 Tell me about the creation of Phantom Limb. When and how and why was it conceived?

Phantom Limb was created in my apartment at the end of 2010 with a colleague from my MFA program. We were studying in Chicago, so I spent a lot of time checking out journals like DIAGRAM and elimae and admiring their overall curation, how they crafted their issues to perfection by being diligent to include both new and established authors. We put our first issue together very slowly and carefully—I think it was a full year from the time we sent out acceptances to the time we actually published the issue.

After we graduated in 2011, the masthead grew to include a mix of people (mostly from New York and Chicago) which I think allowed us to consider—and strongly value—diversity of poetic tone, style, and voice. Brian Russell, our downright phenomenal Managing Editor, joined us in late 2012 and has helped us progress in so many ways both creatively and professionally. Our chapbook series was just launched in March of 2013, a choice we made to help further promote the work of our contributors, and also allowed Phantom to have a dual life: on-screen and off-screen in paper form.

What makes Phantom Limb different from other places to read poetry on the internet?

In part, presentation is important to us–we want your work to look beautiful amid this large white canvas, for it to be hoisted into an internet space that will proudly present it to the web-world for readers to fully "experience" it. It is just as important for an online journal to care about aesthetics as it is for a print journal to care about aesthetics. It's really about showcasing the art that can be found within the poem...which means, ultimately, it's really all about the poem.

I'd also say we fiercely value emerging poets...I mean, we (on the masthead) see ourselves as still "emerging," so each issue features work from folks who haven't published books or maybe this is their first time ever having a poem published period.

Our editorial board loves the opportunity to discover something, whether it is a new writer or even something surprising in a poem from an established poet. The current Poetry Editors, Jeffrey Allen, Cat Richardson, and Hafizah Geter, have such varying literary preferences not only because they read different things, but they write different things. It is the same for our Assistant Editors, Ryann Wahl, Tara Boswell, Gerard Coletta and Ekoko Omadeke, who would tell you they just look for "good poems," but the great thing is that they all have varying opinions on what a "good poem" is. So the end result is a true mixture of styles.

Something else that makes us different is that we have a selective reviews section run by Abba Belgrave, who is incredibly vigilant about the newest publications to hit the scene.

I think, too, once you've published with Phantom Limb, you're a Phantom for life (I'm tempted to put "4 Life"). We are very attached to our contributors and encourage them to keep in touch even after their poems go live on the website.

We publish exciting poetry and reviews in every issue. Politically correct answer, right? We really do though. Most recently we selected a winner for our 2012-2013 Open Chapbook Contest, Lillian-Yvonne Bertram's CUTTHROAT GLAMOURS, so that was very exciting, and also reinvigorating and recharging for the whole masthead. She is joining the ranks with Ryan Bender-Murphy and Nicole Wilson, whose chapbooks are also brand new, compelling, arresting.

What should someone submitting new work to Phantom Limb know about the site?

We appreciate when folks take the time to read the poetry in Phantom and then comment on it in their submission—do they see themselves fitting into the "family"?, do they see echoes of their own aesthetic in the stuff we've already published? But also, and maybe more importantly, do they not see their style in our journal and think it should be there? Because freshness and distinctiveness are definitely a major consideration when we're reviewing submissions. I think all of the editors are deeply invested in beauty, shock, awe, grace, elegance, deliberateness, messiness. All of it, none of it. There is no set pattern.

We're big fans of Bodega, an online journal based out of NYC. There is Guernica, LIT, Ninth Letter, Memorious, Linebreak,and H_NGM_N, of course. We have a lot of respect for operations like Ghost Proposal, Talus or Scree, Pinwheel, and Black Tongue Review, all of which were founded by members of our tight-knit Chicago MFA community.

Then there are publications that have been around for years and are still at it, despite all the odds—how could you not be into that? Just the sheer longevity of Stirring or Black Warrior Review...or places like Verse Daily that work on the regular to prop up talented writers. It is just such important work.

* * *
Kelly Forsythe has poems published in Black Warrior Review, American Poet, and Columbia Poetry Review. She is the editor of Phantom Limb.