Home > Poems & Essays > In Their Own Words > Adam Giannelli on “Stutter” 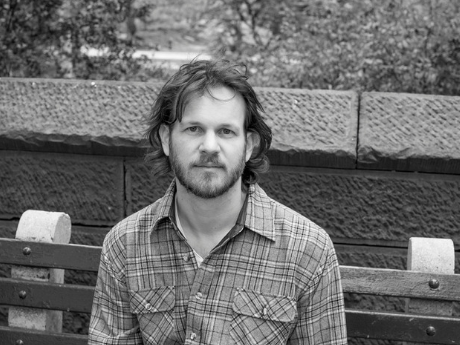 since I couldn't say tomorrow
I said Wednesday

I hung up
since I couldn't say burger

a waitress finished
my sentence

on my tongue
from peacock to dove

since I couldn't say my name
I opened

as if preparing for a throat
culture

since I couldn't say my name
I sat there

since I couldn't say water
I drank

so I stood in a row and pledged
allegiance in chorus

each Tuesday
since she knew
I couldn't say butter the bread

she stopped on the way
home for Italian ice at Corbo's

since I couldn't say pistachio
I ordered hazelnut

I could say vowels so
I said easy does it

I always said easy does it
I said
all aboard

since I can't say everlasting
I say every
lost thing

alone in my room I can
speak any word

since I can't say memory I say
underbloom

From Tremulous Hinge (University of Iowa Press, 2017). All rights reserved. Reprinted with the permission of the author.

I've stuttered since childhood, but "Stutter" is the first time I ever wrote about it. The poem was written during a particularly stutter-heavy period in my life. People who stutter often experience ups and downs with their fluency. Some days or months are more fluent than others. These shifts are often inexplicable, but in my case I think the disfluency was the result of stress. I had recently moved to Utah to begin a doctoral program, and suddenly I was doing a lot of in-class presentations. With stuttering on my mind, I started to write.

Although it's a poem about stuttering, the speaker never actually stutters. Instead of representing stuttering orthographically, I wanted to express the inner turmoil that people who stutter experience. A common metaphor for stuttering is an iceberg. The physical stuttering makes up the tip, while the hidden base of the iceberg is composed of the fear and shame that accompany stuttering. I can often anticipate in advance which words I will stutter on, and people who stutter commonly substitute words that are easier to pronounce for more difficult ones. These substitutions and other covert behaviors are located in the base of the iceberg, since the average listener is unware of them. The poem takes these circumlocutions as a structural device, and owes a debt to Robert Pinsky's "Samurai Song," another poem about invention in the face of necessity. In some instances, the speaker substitutes an action (sitting quietly) instead of a word. I wanted to show how stuttering can permeate daily life: what one eats at a restaurant, where one goes on a Tuesday after school. I hope that the poem offers a glimpse into the mind of a person who stutters by tracing these movements from one word to the next.

"Stutter" makes a turn toward the end of the poem when the speaker replaces "everlasting" with "every lost thing," shifting from the substitutions of the stutterer to wordplay and metaphor, other kinds of linguistic leaps. Even people who don't stutter confront things they cannot say, and I wanted to broaden the poem to show how we all negotiate our way through words. I think there is an artfulness to the way stutterers maneuver through language. Many poetic forms, such as the sestina, rely on strict constraints, but people who stutter face constraints in everyday conversation. As an adult, I try not to substitute, since avoiding one's own voice is a form of self-betrayal, but I think a certain sensitivity to language has remained with me, which is why I placed "Stutter" as the first poem in my collection. In making me more aware of language, my stutter helped bring me to poetry.