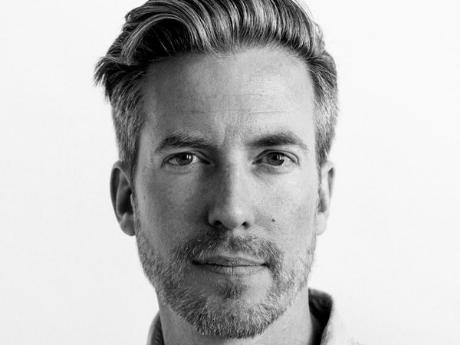 If I were to try, I’d begin with awe, with iron core, mantle, the oceans
full of secretive things. Land just a glimpse of skin, deliciously unblemished.
Then closer: ferns and fjords and sliding glaciers. But I’d end up leaning in
to trace walls, borders, touch a finger to the men practicing their sicknesses
and landmines. Scratching topsoil to lever out the hydrogen bombs and gas
chambers they’d have history’s dirty mirror forget. I still don’t want
to leave my want for this place behind. If I were to try again: whales,
white spiders in caves, and all those simple stones that carry no trace of us.

Reprinted from Lives (Sarabande Books, 2022). Reprinted with the permission of the author.

On "Night Terrors in America"

I had written something else about this poem, but then yesterday even more children were killed. I have nothing I can say about that. Right now, the internet and politicians and news are in that same spin of recrimination and distraction again. And maybe it’s because I’m older, or just that we’ve done this so often, but I’m horrified to find that my anger is giving way to this kind of numbed confusion. Why must we be like this?

Why have we made a world in which people want guns, when they can see, over and over again, what they do? To dismiss people as simply evil is to close off any opportunity for a future together. We’re all sick together. We’re all scared all the time. We all hate. We all feel weak and uncared-for. Each of us only gets one life, but we’ve built this system based on pain and exploitation and struggle, on competing against each other even if there’s plenty. Why don’t we try to make something else, in which as many of us as possible are happy and healthy and free? Because we don’t try, not really. As much as we (I) talk and as much as we (I) rage, we (I) not only accept this but perpetuate this.

Late last night I was looking at pictures of the war in the Ukraine. I first looked into the faces of the people in the foreground, whose lives have been destroyed and their loved-ones killed. But then I also made sure to look into the faces of the Russian soldiers, who are for the most part so young and so lost. My father was a soldier in Vietnam, this weekend he turns eighty years old and that war has been a heavy shadow he’s carried for fifty years. These things we’re doing not only destroy the only lives of the victims, but also the only lives of the powerless, who do the victimizing at the behest of some giant, whether that giant be Russia or America or capitalism or guns, all these things we built for some reason that just puts a uniform on people and tells them lies.

So then I’m left wondering: is the cliff’s edge of environmental destruction we seem incapable of swerving away from actually the only way to save the world from us? And if that’s the case, that we’re inevitably self-destructive, how can we care for each other on the way down?

This poem, like nearly all the poems in my book Lives, is about trying. Trying to find some path to hope amid what I often think of as our last century. Because I do want a world with hope and joy in it for my kids, for all kids, for every kid. Is it foolish to try for that anymore? I don’t know. It’s so easy to see the pain—we push it into devices we’re always holding in our hands that also ring to tell us it has come—so it has to be a willful act to turn toward something else. To find things in which to hope and to love feels rarer and rarer, and maybe that’s because it is, but that only makes the search more important, even if it ends with nothing but stones.