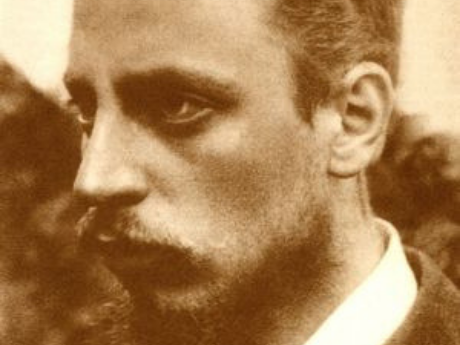 Why—when we might have been laurel trees,
a little darker than all the other greens,
with tiny curves at the edge of every leaf
(like the smiles of a wind)—why, then,
did we have to be made human, so that
denying our destiny, we still long for it?

Certainly not because happiness really exists,
that quick gain of an approaching loss.
Not to experience wonder or to exercise the heart.
The laurel tree could have done all that.

But because just being here matters, because
the things of this world, these passing things,
seem to need us, to put themselves in our care
somehow. Us, the most passing of all.
Once for each, just once. Once and no more.
And for us too, once. Never again. And yet
it seems that this—to have once existed,
even if only once, to have been a part
of this earth—can never be taken back.

And so we keep going, trying to achieve it,
trying to hold it in our simple hands,
our already crowded eyes, our dumbfounded hearts.
Trying to become it. And yet who do we plan
to give it to? True, we'd rather keep it all
ourselves, forever. But into that other state
what can be taken across? Not the ability to see,
which we learn here so slowly, and not anything
that's happened here. None of it. And so,
the pain. And so, before everything else,
the weariness. The long business of love.
Only the completely indescribable things.

But later, under the stars—what good would it do
anyway, then, to describe these things?
For the traveler doesn't bring back
from the mountainside to the valley
a handful of earth, which would explain nothing
to anyone, but rather some acquired word, pure,
a blue and yellow gentian. And are we here,
perhaps, merely to say: house, bridge, fountain,
gate, jar, fruit tree, window—at most,
pillar, tower? But to say them, you understand—
to say them in such a way that even the things
themselves never hoped to exist so intensely.
Isn't the sly earth's secret purpose,
when it urges two lovers on, that all of creation
should share in their shudder of ecstasy?
A doorsill: the simple way two lovers
will wear down the sill of their door a little—
they too, besides those who came before
and those who will come after . . . gently.

Here is the time for what you can say,
this is its country. Speak and acknowledge.
More than ever things are falling away—
the things that we live with—and what is replacing them
is an urge without image. An urge whose crusts
will crumble as soon as it grows too large
and tries to get out. Between the hammerblows
our heart survives—just as the tongue, even
between the teeth, still manages to praise.

Praise, but tell the angel about the world,
not the indescribable. You can't impress him
with your lofty feelings; in the universe,
where he feels with far greater feeling, you're
just a beginner. So show him some simple thing,
something that's fashioned from generation to generation
until it becomes really ours, and lives near our hand,
and in our eyes. Tell him about the things.
He'll stand there amazed, the way you stood
beside the rope-maker in Rome or the potter on the Nile.
Show him how happy a thing can be, how innocent
and ours, how even the groan of sorrow decides
to become pure form, and serves as a thing
or dies in a thing, escaping to the beyond,
ecstatic, out of the violin. And these things,
that live only in passing, they understand
that you praise them. Fleeting, they look to us,
the most fleeting, for help. They hope that within
our invisible hearts we will change them entirely into—
oh endlessly—into us! Whoever we finally are.

Earth, isn't this what you want, to rise up in us
invisible? Isn't it your dream to be someday
invisible? Earth! Invisible! If not this change,
what do you ask for so urgently? Earth, loved one,
I will. Believe me, you don't need any more
of your springtimes to win me: one
is already more than my blood can take.
For as long as I can remember, I've been yours
completely. You've always been right,
and your most sacred idea is that death
is an intimate friend.

Look: I live. But from where do I draw this life,
since neither childhood nor the future grows less . . . ?
More being than I can hold springs up in my heart!


From Duno Elegies by Rainer Maria Rilke, translated by Gary Miranda (Tavern Books, 2013). All rights reserved. Reprinted with the permission of Tavern Books.

On Translation as Experience

A translation, whatever else it might be, is an attempt to recreate an experience. The tricky question is, whose experience? The German of Rainer Maria Rilke's Duino Elegies would have sounded very different to one of his contemporaries than it does to a modern German's ear, just as we recognize, say, Keats's language as being from an earlier period. Do you try to make Rilke sound slightly archaic to reproduce the experience that a modern German might have of the original, or do you try to find an equivalent for the experience that a German-speaking contemporary of Rilke might have had? Or again, do you make adjustments for the collective temperament of your intended audience to approximate the effect that Rilke was trying to achieve?

A simple but illustrative example in the Elegies is the use of "Oh." This would seem to be easy enough to translate, since the word is the same in German and English. On the other hand, a modern American reader has far less tolerance for "Oh" than a European reader of Rilke's day, and one has to assume that Rilke would have been sensitive to that fact had he been writing for a modern American audience. So if you're aiming to approximate the original experience for a modern American audience, you're going to have to jettison some of those "Oh's." In the Ninth Elegy, above, only one of four "Oh's" made the cut. Inevitably, this brings up the ominous "F" word—"Fidelity." My primary norm for fidelity is a simple one: if the original is a good poem, then the translation should be a good poem. In the case of the Elegies, I was mainly trying to capture the voice of the original, which is that of a man trying to tell us something that he considers very important, even urgent. For a modern American audience, "Oh's" aren't the best way to do this. This is just one illustration of why it's always seemed silly to me to talk about a "definitive" translation. Definitive for whom? Given a work as complex as the Elegies, the idea seems even sillier.

It's not incidental that the Duino Elegies were begun in 1912, before World War I, and completed after it, in 1922. In the interim, Rilke was drafted into the German army, and though he never saw combat the experience shook him to the core. The poet's task, as Rilke saw it, was to praise. But he found this increasingly difficult after the horrors of the Great War. This is one of the things that I most admire about Rilke, his fierce determination to find beauty not by ignoring hard realities but by going through them and coming out on the other side, praising. Or has he puts it in the Ninth Elegy, in one of those dazzling turns of image that can only be described as Rilkean:

Between the hammerblows
our heart survives, just as the tongue, even
between the teeth, still manages to praise.

This to me is the central question that the Elegies propose and attempt to answer: how can we live in this world that we live in and still manage to praise? Or to put it even more simply, where can we find the courage to exist? Rilke doesn't start out with an answers that he intends to impart. The poems themselves are his struggle to find an answer; this is what gives them their intensity, and their difficulty. Along the way, Rilke interrogates all the usual suspects—usual for him at least. He begins in the First Elegy by considering calling out to angels, but quickly shifts to the lovers, and then to heroes and those who have died young, then to mothers and even to his own father. By the Fifth Elegy we find him calling upon a troupe of acrobats. "What are they doing here?" he asks, as if they had stumbled—or tumbled, perhaps—into the Elegies uninvited. And in a sense they had: the Fifth Elegy was written later and inserted into the middle almost as an afterthought. What are they doing here indeed? was a question I often asked myself while trying to translate this elegy.

Rilke finally arrives at an answer in the Ninth Elegy, the opening of which again demonstrates his remarkable facility with images and tropes:

Why—when we might have been laurel trees,
a little darker than all the other greens,
with tiny curves at the edge of every leaf
(like the smiles of a wind)—why, then,
did we have to be made human. . . ?

The main question here—"Why did we have to made human?"—is interrupted by the dependent clause "when we might have been laurel trees," which in turn is modified by the descriptive "a little darker than all the other greens, with tiny curves at the edge of every leaf." Then, as if this weren't sufficient, Rilke tosses off—parenthetically—a metaphor wrapped within a simile: "(like the smiles of a wind)" (wie eines Winde Lächeln). If figures of speech were figure skating, this would be like throwing a double toe-touch into the middle of a triple axel—and making it look easy.

"Why did we have to be made human?" is a daring question for a poet to ask, and an even more daring one to attempt to answer: "Because just being here matters."

Once for each, just once. Once and no more.
And for us too, once. Never again. And yet
it seems that this—to have once existed,
even if only once, to have been a part
of this earth—can never be taken back.

Nor does Rilke flinch from answering his original question:

Praise, but tell the angel about the world,
not the indescribable. . . .
Tell him about the things.

From angels to things—this is the arc of the journey that the Elegies take us on. The experience was, for this translator, a strange and exhilarating one.