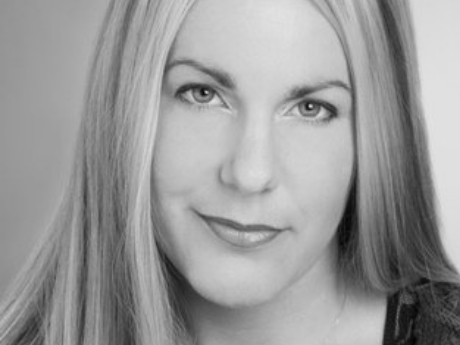 In your dream, the act of breathing is a red-headed girl
with a body lactose-pale and livid against the skin
of water. A crack along the porcelain cup of this,
colored all absinthe with you. The closed white shutters

of your backbone as you sleep toward wrists spilling
their listless snowflakes farther south. Mouth:
night's lilacs branching insolubly. Hair hissing, stems.
Mouth: the hospital: your houses are asking chemicals

out of the dark. Your lids are the lime-lined,
impromptu graves of thieves. As a mind,
your body is a wall of leaves; let its edges whisper
a collage of liquids singing, lips, the sangria weeds.


From Body Thesaurus (Tupelo Press, 2013). All rights reserved. Reprinted with the permission of the author.

You would have seen the snow.

I was in bed considering a man's back as he slept, watching the rise and fall as the lungs inflated and compressed, thinking of the body, imagining him dream. But the poem is also informed by the experience of Rose Island, an 18.5 acre island off the coast of Newport, Rhode Island, an island with no electricity, water, sewage, or phone, one that can only be reached by boat.

In the bed, the body.

Outside, barracks with nine bombproof chambers. A wind turbine's electricity-spin. Crumbling roofs held together with copper nails gone green with exposure to the sea. Visible through the window, the longest suspension bridge in New England lined with lit pinpoints like the necklace of gulls that hunched along the shoals.

A crumbling hospital, its crumbling mortar, and vines griping up between the bricks. Rainwater in the water bin. Long, brown grasses now long dead.

The individual bridge lights also like vertebrae, the vertebrae of the body in the bed. Back curled forward toward the wrists. The closed shutters of a rib cage visible. The ocean manifest out every window.

A relationship ending. Or not ending yet.

I knew even then that the relationship would end, though this weekend on Rose Island was one of the best times. I knew by the way he was turned away, by how deeply he slept though I was lying awake beside him.

The body on an island surrounded by the sea, an island with no one else on it, in winter—a desolate whiteness, the white of the bridge lights, the memory of gulls. The whiteness of the sheets and the iron bed frame. The white of snow. The white of isolation, our interiors blanching out at us and unrecognizable still.

In the kitchen, an old iron stove like a lax belly, meal sack belly, and a collection of antique teacups we would sip from, but not connect with: untouched and virginal. A nod to Auden's teacup, though not one of them had a crack.

This poem centers around the body in the bed.

Around the body of a lover already left—body of someone loved and not loved. The body as a holding place for the moment which in turn held it—the body as a way of naming other things—of finding other words that say the same things.

The bridge like a ribbon threading the window all day, and also by night, and the vast sea like a creature snuffling through the sheets.

And then, the next day, while scuba diving, I would observe how the body changes underwater, transforms there in the eelgrass weeds, how the skin pales, how the features blur, how the identity (again) is lost. Skin like the color in a painting. Skin color like the light coming off the bridge, the light of gulls roosting on the shore, the light of sand covered by snow. Cold. Shiver. Sheets. Shiver.

Portrait painters convey who they are by painting someone else. This poem is a portrait. It contains my fear. Like a portrait, this poem has everything, and nothing, to do with the flesh.