Jessica Laser on “The Rock” 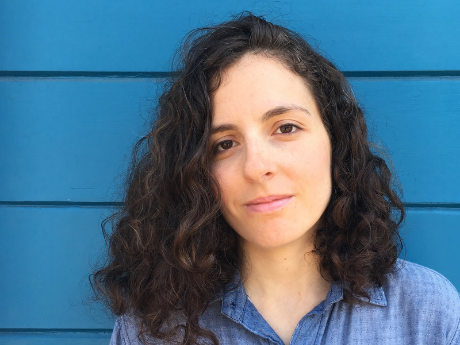 From Sergei Kuzmich from All Sides (Letter Machine Editions, 2019). All rights reserved. Reprinted courtesy of the author and publisher.

"The Rock" is not the earliest poem in Sergei Kuzmich from All Sides but it is the first – the poem that announced that the book was coming. I recall writing a draft of it on a mostly empty subway car, going to or from Bed-Stuy, around the time I had given notice at my job. I was leaving for Croatia, where Boris, with whom I'd skyped once, was to pick me up in Zagreb, drive me to his summer home in Vodnjan and leave me there to write for six weeks, no strings. The house was available simply because he was not using it – a townhouse along the village's main street. It had three stories, no internet, windows that opened in, and, in an upstairs bedroom, a twin mattress on the floor where I slept and woke and saw light hitting the curtains, whose lace was sewn into swans. I was mostly alone during that time, reading War and Peace, holding space for some of my more constitutive despair.

It was in that house, in Tolstoy, that I first encountered Sergei Kuzmich, a military general only mentioned in a dinner party anecdote. He had repeatedly broken down in tears of joy in front of the state council, failing to read aloud, beyond its opening words ("Sergei Kuzmich! From all sides rumors reach me"), a commendatory letter from the sovereign. At the dinner party, the anecdote serves as pretense, a placeholder for the attention of a company entirely focused on two of their number falling in love.

There's a Hasidic tale in which a rabbi distinguishes between broken-heartedness and dejection. A broken heart brings us closer to the service of God, but it's a fine line between that and dejection, which, the rabbi says, "corrodes service." Life is a process. In Boris's house in Vodnjan, I let poetry move me back across the line.