Home > Poems & Essays > In Their Own Words > Lia Purpura's “Belief” 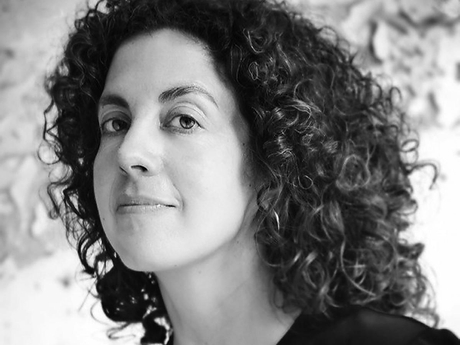 Light being
wavy and particulate
at once
is instructive—
why wouldn't
other things or states
present as
both/and?
For instance
I both
believe and can't.
Holding these
together produces
a wobble, I think
it's time
to take seriously
as a stance.


From It Shouldn't Have Been Beautiful (Penguin, 2015). Reprinted with the permission of the author.

The poems in my new collection It Shouldn't Have Been Beautiful share a common way of entering the world: most were struck into being by a charged phrase or moment, a zap of understanding—and the desire to leave the "I" behind as much as possible and to be on stage only very briefly.

So many micro-moments layer up to urge a poem into being that it's nearly impossible to track those currents. I do remember hearing, really hearing the word "instructive" years ago. A common word, of course, but the way a friend used it was suddenly full of new reverb. He was referring to a problem as "instructive" and a micro/tectonic shift happen, that moment when a word stills and shimmers—and I felt (I mean physically felt) the ways in which complications needn't or can't resolve, or answers be found and affixed so as to put things "to rest". The terrible danger and even violence of the "once-and-for-all." It was one of those Negative Capability moments: residing with "uncertainties, mysteries and doubts without any irritable reaching after fact or reason." A way of thinking or a revelation that's both solid and provisional. Here, the seam that fuses doubt/faith, optimism/despair (whatever other binaries one comes up with)—that seam holds for me a kind of light, and a capaciousness. A way of living that seemed to clarify. The holding of opposing forces makes me feel like a catfish, looking off in both directions at once. It also keeps curiosity alive.

I've heard from a surprising number of mathematicians and scientists when this and a few other poems in the book came out over the past few years. Letters from such folks—wow, did that make me nervous. I assumed I'd skewed some basic concept and they were writing to fix my Math 101 error – but to my surprise, they wanted to say how much they recognized the mysteries of their work, the feel of their work, in the poems.

I've been taken up by the powers of the short poem. The "brief" is full to brimming in so many ways. So much that comes to us only briefly is marked by powerful physical sensation—a quick whiff of a scent that wings you backward in time, noticing someone's unguarded gesture that suddenly reveals everything. Flinches. Pangs. Of course, "brief" things can be tossed-off things, ideas or communications that are thin and poor—the sound-bite, the clip. Ad-speak. But the short form can also present a depth experience, rather than merely bow to the supposedly short attention span of the contemporary reader. I hope the air, or the landscape around the poems is part of the experience of reading them. Proverbs, riddles, jokes—these forms intensify pauses, and silences, and space, and allow thought and meaning to unfold by way of tight surprise turns. That's an experience of being alive I value and believe in—being stilled in the presence of feeling and thought, being an active part of thought taking shape, experiencing the way meaning unfurls in the contrail of a moment.