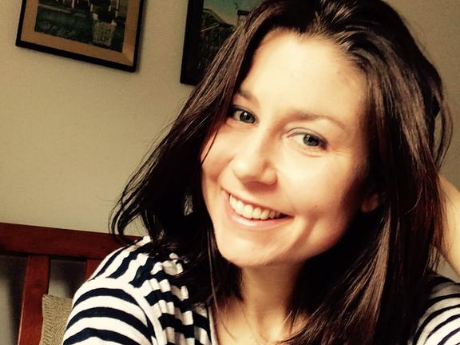 I would never compare men to God, but let me start
by saying—names or not—they all respond, or don’t respond, to you.

The vacuum sucks a desert from the carpet—varoom, room. You enter
and say words to me, words I do not hear until you tear the cord-head out,

“—nothing,” you say, “happens in a vacuum.” An argument
proceeds from here, and you tell me to go to hell. I think I would like hell—

Hell, at least, is just,
its pain intelligible—unlike this world so full
of double standards and double talk and the double question,

So this is or is not about my faithlessness?

I thought we’d live
happily ever after—ha, ha, ha. I like to laugh,
an art that’s empty and not tragic. Now Monday, on the radio, I say:

Bombs kill civilians in Kabul, a parade moves down South 4th Street.
Of course I would never compare the two, all events are separate, discrete.

But they happen simultaneously. And from behind a sound-proof pane,
my boss gives me two thumbs up. Anything is
better than dead air.

The only constellation I can recognize, Orion’s Belt, lowers in the sky.
Nothing surprises me.
Art has not taught me to be ethical, but

the form of this feels wrong, wrong,
wrong. We weren’t meant to be just

bright points in space and time.

as well. I care for nothing
in your absence.

From Earnest, Earnest? (University of Pittsburgh Press, 2020). All rights reserved.

I moved to Memphis sight unseen. I had no friends or family in the city, and I was going through a break up, so dealing with all the boring-but-unignorable feelings you have when you learn again that, Yes, love has limits. Even so, I felt dislocated and disconsolate in a way that seemed disproportionate to my external circumstances.

News is a strange business. Your workday, like the newscast, careens from subject to subject, sometimes without even taking a breath. Editors and reporters are trying to balance their coverage according to importance and interest, but that’s a slippery and subjective equation. It is difficult to ever feel like you are getting it “right.” And it leads to decisions that are morally indefensible—the number of deaths that need to occur before a story is deemed “important” is much higher in a place that is not-the-United-States than it is in the United States. You are paid to do the work, of course. But the money is not redeeming. Is money ever redeeming? My starting salary was $24,000 a year. Is that enough? Let’s say I had been paid more, would I have felt better or worse?

A few years into the job, I was at a conference listening to the Southern Bureau Chief talk about coverage plans when he snapped at me, I know you get the emails, you can’t possibly be confused about this. He was both correct and incorrect. I got the emails. It’s just my face, I said.

Which is not to say I was above the predicament that grieved me. To the contrary, my mind was identical to that of my listeners—flattened by the myth of American exceptionalism, clouded by the demands of daily life, swept by storms of private struggles. It made me yearn for a mind very unlike my own—a mind infinite in its attention and comprehension, unfailing in its ability to multitask. In other words, I yearned for the mind of God.

“Scatter Plot” came out of my effort to give form to this experience. The long lines make a mad dash for meaning, but it’s not sustainable. They keep breaking down, gasping for air. The poem is arranged in couplets, but the couplets keep coming apart. I spent much more time arriving at the line-breaks, hemistiches, and stanza breaks in this poem than I did arriving at the words in their order. This tells me that what this poem was searching for—and eventually found—was space, was absence.