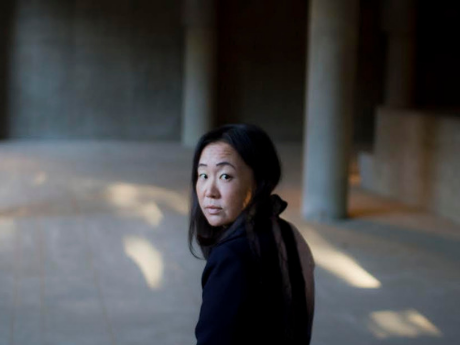 Snow would have been breaking the drifts that day, on a mild mood.

My father was boarding at the home of a missionary couple in Seoul, getting by on books and the radio and cheap noodles.

His older brother hanged himself that winter in Pusan. They would say afterward that it was a plain death, funded by bad numbers, some selfishness, unusual cold.

Think of a needle dropped into the sea.

He had a pleasantly objective feeling about himself that morning, as the early sky gently ripped into red. He thought about Business English, the truth of money.

Across town, a diary opened. And there were the white, cooling coals in barrels.

There was a pretty young wife and one serious boy and one very quiet girl. They awakened one day to a new planet, where the spaces between people appeared slightly widened.

Maybe you can't penetrate events with reportage, but facts have a sly, unanswerable texture that appears social.

We know what it's like to fall in love and be disassembled, but we still want to pull death right off the bodies of one another.

These were spectacular nights, said my father. They were full of philosophy and political theory, noisy reversals, French movies.

The romantic grace we comprehend sits with ease in the real world; it is almost nothing.

Now he is carrion, stitched forever in the cramp of a trial.

No one can evict us from books! he used to say, running through astonishment at full speed.

From Wilderness (W. W. Norton, 2014). Reprinted with the permission of the author.

The first line of this poem, "Snow would have been breaking the drifts that day, on a mild mood," persisted in my mind long before I set down this poem to paper. It makes sense to me now that a poem that thinks about the tensions between the world outside us and the strange ones inside us would begin in an image of gesture and atmosphere.

Many people have asked me about this poem: How much of it is autobiographical? Did your uncle or father actually say those words? And many more questions about personal revelation follow in the same vein. There's a line in the poem that observes: "Maybe you can't penetrate events with reportage, but facts have a sly, unanswerable texture that appears social." This poem is from a book called The Wilderness, and in it, one of the things I'm interested in is in telling other people's stories and my own stories through whatever can bestride the "facts" and the "social." The gesture of going back and forth between them, or of thinking them at once, seems to me to get at how we both capture and ward off identifications. Something about maintaining the tension between the personal and the impersonal, to my mind, speaks to what's humanly interesting about us, which is to say, what's finally unavowable.