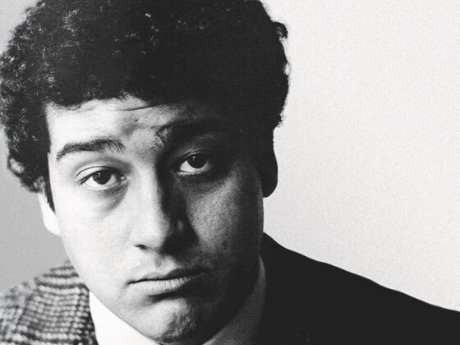 American poetry is an amalgam of various idioms, customs of speech and dictions that comprise the American poetic language. Although we write in English, it is the unique inspissation of dictions and nationalities that vary from North to South to East to West that distinguishes American poetic form from British poetry.

I am an "American Poet" because I am an American.

My pre Columbian ethnicity plays a major role in my writing as it is with Tommer and Ellison. It is like wearing an invisible bow tie that only I am very fond of. However, it is not what I, as a poet, purposely write about. Those poets that do so, are writing about a nationality, promoting some exclusive, fictive ethnicity to attain recognition.

Whitman, of course. Since the country was founded, Whitman was the first American artist to break tradition with the seduction of the grand European style. Since then, the American poem has given birth to such poets as Stevens, Williams, Pound, Bishop, Ginsberg, Hughes, Sexton, O'Hara, Ashbery, Koch, and David Shapiro. Let us not forget Anne Bradstreet (Dudley), C.1612-1672, whose poems are derivative and formal, but often realistic and genuine.

Regions in America are like the provinces of many European countries before they unified them into the countries as we know them today: each had its own distinct regional attributes. This holds true in America, especially in recent times. These regions were fiercely independent in order to survive. Independence produced traditions, costumes, barriers and boundaries, to contain this morphological survival. As a result we have poets in the Midwest such as Rezmersky and Bryant.

"Pop" culture had always influenced the arts in America as it has my work. Take for instance the likes of Tim Leary, Bob Dylan, The Grateful Dead, Elvis Presley, The Hell's Angels, rap music and Ice T, and satanic head bangers. These indigenous phenomenons have permeated the arts on all levels of thought and process.

Poetry is the universal interpreter of human emotions. About the elegant expatriates, one would think that Eliot, Pound (in particular) and Stein, took full advantage of their self imposed cultural isolation and invented an esthetic diction out of necessity. Besides which, they did not have any public restriction or censure as they would have in their native land, consequently, having a chance to develop and anti American diction in poetry.

About Heaney, Walcott, and Milosz, although they are traditional poets, they are also the curious technological result of modern global communications. We should look forward to imitating them; to appreciate them as the French would imitate someone like Robert Lowell or Frank O'Hara.

I am interested in any poetry written in any language in this country: did not Isaac Bashevis Singer write in Yiddish throughout his illustrious career?

Immaterial. I read as much Contemporary poetry as my time will allow. I will even read those poets who do not hold my interests for the sake of my esthetic well being as I am a teacher and a poet.

At the risk of sounding arrogant, some poets in translation are obviously writing in a foreign language such as Lorca, neruda, Vallejo, Ponge, Cernuda, Mallarme, Follain, Michaux, to mention the most obvious few.

Nationality and gender do not exist in good poetry: Bishop or Singhor. Both remarkable poets.

It is becoming more difficult to distinguish nationality or the origin of language in poetry unless a deliberate attempt to depict some regional accent or custom is the purpose.

"Political Correctness" in American poetry is individual and a naïve approach to decide artistic merit. Had these nebulous principles been used to assess the artistic value of Joyce, Miller, Colette, or, Apollinaire's Memoirs of a Young Rakehell and The Debauched Hospodar, it would have deprived us, the public of literature, of some of mankind's greatest literature. Upholding the mysterious tenets of political correctness, as applies to art, would preclude artistic freedom of expression (I am not talking about perversion), limiting the creative process to a minority of an exclusive few. For historical purposes, a clear example would be Nazi art. Interesting, from a historical point of view, but, still, crappy art. I am hardly a drum-banging liberal: I believe in capital punishment. Parents should be role models to their children, and parents must set themselves as the supreme example to their children. Tragically, this is often the case in our society: if you play, you must pay. If you commit the crime, you do the time. This applies to my children too.

In the next century poetry will resemble science fiction more than any other form of writing. The future generation of gifted poets will experiment with language, as well as new visual forms on paper. They will take full advantage of new technologies to formulate poetic diciton.