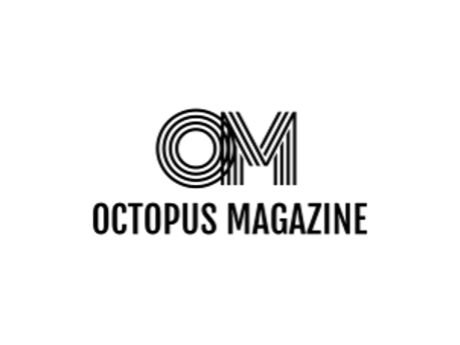 When did you start Octopus, and why?

Octopus was founded in the spring of 2003 by Zachary Schomburg and Tony Tost, in order to publish poetry that shines. It's on the internet where lots of folks can read it for free.

How did you become involved with Octopus?

I became involved with Octopus through the reading series Bad Blood, which Zachary Schomburg and I run, along with Drew Swenhaugen. Through Bad Blood Zachary and I became close friends, and a few years ago Zachary asked me to be one of the final judges for the annual Octopus Books open reading period. At the time, Octopus Magazine was more or less on hiatus with no end in sight. As I got more involved with helping Octopus here and there, it made sense to Zachary and Mathias Svalina (co-editor of Octopus Books) to bring me on to revive the magazine. It took almost a year of behind-the-scenes work, but we're back, and we have more readers visiting Octopus Magazine than ever. Our 10th anniversary issue is going to be out in late spring. It's going to be our biggest yet, so make ready.

What makes Octopus different from other places to read poetry on the internet?

We've been around longer than most online magazines, which in some ways might make us different. We value beautiful, simple design, and focus only on poetry—albeit in a few different formats: there's the poems themselves that we publish, and prose appreciations called Recovery Projects that focus on a work that's been out of print for at least twenty years or so, and we really try to emphasize reviews more and more. We are pretty fortunate to be publishing lots of great authors—some up-and-coming and those who are more established—and I think that it is important to put their lovely work in conversation with other voices in poetry by presenting thoughtful views on books being published by interesting, especially independent, presses. There's no gimmick. We're just trying to share the most beautiful poems we can find, we put them in a beautiful context, and we do it all for free because we love this thing, poetry.

​Ah, which of your children do you love the most? The entire issue 15 of Octopus was really exciting: it marked our comeback from a bit of a hiatus, and it came at a time that was very invigorating for the whole Octopus family—Octopus Books, Octopus Magazine, and Poor Claudia had just merged (along with Portland reading series Bad Blood). That said, Donald Dunbar's piece from Eyelid Lick (Fence 2012) was very exciting to publish. It's one of my favorite sections of his book. I love the exploration of language's relationship to control that one finds in that piece, and in Eyelid Lick as a whole. If you haven't picked it up—well, what's wrong with the world?

What should someone submitting new work to Octopus know about the site?

That it's pretty, thanks to Travis Meyer. That everything there is meant to be read, so you should read everything there. That we've been early in publishing lots of folks who have gone on to publish great books and that, as a magazine that's been online for ten years, it's fun & easy to comb thru the past issues and find lots of great work crouched in a corner, waiting for you.

The Volta is doing lots of great things—I love Arroyo Chico and everything they're doing. Forklift Ohio and Handsome and Make and Lana Turner always seem to publish work that blows my mind in print, and Spork, too, if they ever make another magazine issue. Online, DIAGRAM owns my heart & soul, Fou is absolutely stunning (have you seen issue four yet?!), The Destroyer, iO, inter|rupture, and LEVELER are all publishing great work, and doing it in interesting contexts/formats. And there's so much more...

* * *
Joseph Mains is the author of the chapbooks To Live Don's Life: A Film in 15 Creams (Scantily Clad Press 2009), Poum Poum Tralala (Poor Claudia 2010), and A Portable Model of How Memory Works (Alice Blue, forthcoming 2013). He lives in Portland, Ore., where he co-curates the reading series Bad Blood and is editor of Octopus Magazine.