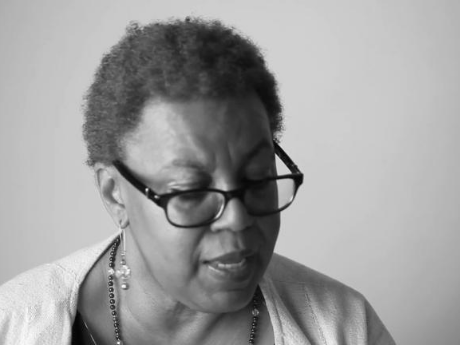 Since I am an African American (although I prefer Black American) and I write poetry, I assume my poetry is African American. I know, so essentialist. But, my family has been in the United States for at least seven generations--mostly in the South (Arkansas, Tennessee, Mississippi, Louisiana)—the Delta. To me, gender, geography, education, economic and political status, intergenerational communication (what is or is not passed down) and/or conflict help compose my identity at the cross roads of transport and time. The markers rise up almost unconsciously, and yet I do agree with what Harryette Mullen said in her remarks at the original panel, that blacks can no longer "speak of a singular black experience." The collective experience has been, as have Black Americans, dispersed. And yet, I would say that those markers continue to be expressed and the foundation for much of our expression remains the blues.

In Sterling Brown's "Slim Greer" poems, the persona is a light complected black man who moves across the South, crossing racial boundaries and mocking the establishment. Of course as an Arkansan, I can see Greer's ability to pass for white as both an act of defiance and as comedy. In the poem "Slim Greer", Brown conjures a comic voice that "Tells a tale/of Arkansaw/That keeps the kitchen/In a roar" from The Collected Poems of Sterling A. Brown. Greer's passing is dangerous, but it also serves a critique of the oppressors—those folk for whom sleeping with a "nigger" is the greatest cultural crime. Brown's use of quatrains allows the lewd ballad to build, the tale to be told, and yet it also expresses pity for those white Arkansans, whose ignorance allows them to be so easily "played". I bring up Brown, whose scholarship and mentorship created the foundation for African American poets, as a model of one who found and used many of the ways in which language is expressed in the Black community—our voices. Gender, sexuality, geography, time are all part of that ballad, that dangerous tale.

A more contemporary use of those markers is powerfully, erotically expressed in this stanza from Angela Jackson's "The Man With the White Liver" from And All These Roads Be Luminous:

The use of slang ("thang" a euphemism for the phallus) and the meter that mimics a blues line makes this a formidable African American poem. Indeed, the uses of the blues are many in African American poetry. That "slide through blinds" is often where our work enters—the larger world often seen through the interstices of shades, windows, portals that keep us in or let us out.

Of course, the blues and its influence are often diminished or deplored. There has been an ongoing debate over the value of our folkloric (Southern) past, what with all that historical suffering, and, how blacks stood up or not to past injustices. This seems to confuse many younger post-Civil Rights Movement era poets, who may or may not identify with Afro America, even if melanin betrays them. Indeed, color conflicts and gender issues abide.

Years ago, a well-known (now identified with Black) American woman poet asked me how did I separate my being Black and female in the poetic process. I was mystified—what could I separate? Does not our work comes from our bodies (identified) and if said body is black and female in this American culture, something of the ways in which the black female body is seen or not; the black female voice is heard or not will find its way in language, into poems. At the time I thought would anyone ask that of say Amiri Baraka or Michael S. Harper?

Back to that "thang"—Trace Morris who was also on the original panel provided a number of African derived words that spoke volumes about the ways in which those words add immeasurably to the American language and to the creolization of English. I find those words/phrases in the poems that speak/sing to me. The blues and its branches (hip hop is but one) keep Black American poetry dynamic, engaged, and innovative. I see the blues used as catalyst, literary form, or foil in African American poets as different as Lorenzo Thomas, Henry Dumas, Carolyn Rodgers, Akilah Oliver, Bob Kaufman, Giovanni Singleton, Cornelius Eady, Tyehimba Jess and Tonya Foster.

We are working off our "thangs" to create poems that examine the American experience in a greater entirety. Across generations, our work uses linguistics twists and turns out of rigorous philosophical inquiry and artistic zeal to create the African American poem. Our linguistic, rhythmic and contextual markers may not be all that different from other American poets, but I would say they are just enough to remind each of us as to how nuanced American identity can be. Each of us brings our own markers with us even as we attempt to swim in the mainstream. Or as I noted in excerpts from my poem "New Blues" in The Weather That Kills:

After that, I ask is there room for such cinematic loss in the New Blues?
Where are those hellhounds, those loose ends: women, whiskey bottle gone dry,
The sheriff from the next county coming to yours, that slap kick in the groin
after midnight and before the wolf's sad hour?

The pawnshops of memory are closed now. And some women refuse to slice
One more cheek over one last goodtime man. What to do? 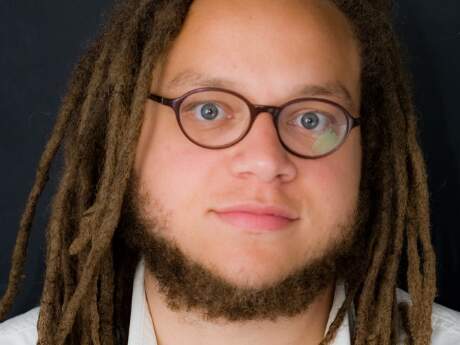 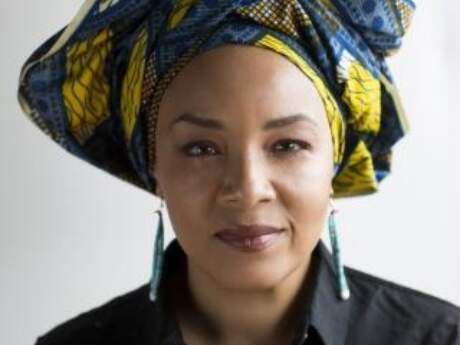