Home > Features > In Their Own Words > EIGHT NEW-GENERATION AFRICAN POETS 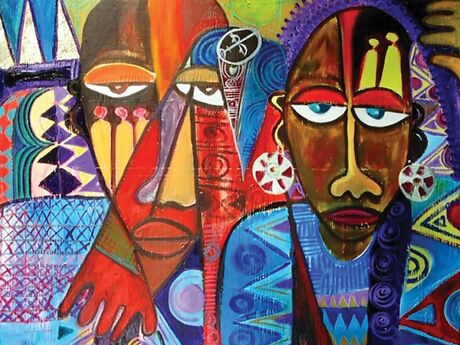 NEW-GENERATION AFRICAN POETS (TATU)
An excerpt from Kwame Dawes Introduction to the third set of the New-Generation African Poets Chapbooks.

The African Poetry Book Fund is a project that seeks to undermine the easy ways of reducing Africa to notions that do not recognize the complexity and variety of experiences and practices that constitute poetry written by Africans. In many ways, it would be tempting to try to offer some definitive statement about what African poetry is, but this would be a silly thing to attempt, and, at the end of the day, such exercises belong to our colleagues in academia and not to us in our capacity as editors. It strikes me as more critical to at least make us see what African poets at home and abroad are writing. All of these poets share one thing in common: they consider themselves Africans and do so not as individuals of the historical diaspora, which created new nations of people of African descent in the Americas and in parts of Europe, but as individuals who have an immediate and very recent connection to Africa, either as residents or as what we like to call immigrants. It is important that they consider themselves Africans both for academic reasons and for practical reasons: the project is called the African Poetry Book Fund, after all.

Yet even as I am unwilling to offer a prescription of what makes an African poem African, I certainly am enthusiastic about observing that African poets are writing poetry of great variety, range, and complexity in terms of styles, forms, and subject matter. I am enthusiastic about the ways in which the varied backgrounds, language groups, cultures, and histories that make up this diverse continent are all reflected in the poetry that these poets are producing.

But I do not want to pretend that the editing of this box set and this series has not been a product of the distinctive tastes of Chris Abani and myself. By this, I mean there is nothing unusual about this series, as series go. Editors have their biases and inclinations, and these are reflected in the selections they make. They are also reflected in the ways we have edited the collection. But we are also teachers, editors of long standing, and serious readers of poetry from all around the world and within the long tradition of African poetry. Thus, we come with a broader sense than most of what might prove interesting and effective in poetry. We are also as interested in taking the aesthetic inclinations of the poets seriously and challenging them to bring to these goals a full command of craft. We believe that the more options an artist has, the greater the choices he or she will make. And so we are proud of the eclectic nature of the work in this box set. There is no prescriptive content at work here, but instead, above all, we find the work urgent, well-crafted, and beautifully and movingly evocative.


The entire set of chapbooks is now for sale and available from Akashic Books. A single poem from each volume is presented below.

FIRST QUARANTINE WITH ABDELHALIM HAFEZ
from Asmarani
by Safia Elhillo

LEGERDEMAIN
from The Color of James Brown's Scream
by Kayombo Chingonyi

. . . and, at last, you have come upon
the jewel in the crown of our collection
here at the Royal Museum for Central Africa:
a magnifying glass used by one
of the king's functionaries
who, by royal decree, remained
unsung among the sons of Europe
until recently. Note the engraving
on the ivory handle that tells us
this glass was used in the Kasai.
Since the official report was redacted
some of you might be unaware
of this particular brand of magic:
the "trick was to use a magnifying
glass to light a cigar, 'after which
the white man explained his intimate
relation to the sun, and declared
that if he were to request [the sun]
to burn up his black brother's
village it would be done,'"
and so it was the land changed hands
as a cigar, given light, becomes a stub
and its smoke that stays with you
is the smoke from a burning village.

BATHING IN LAKE VICTORIA
from Dagoretti Corner
by Ngwatilo Mawiyoo

I learn that my body is not for sex
when I stand in that lake's shallows,
soap in hand, beside another woman.

I follow her lead, how she stands knee deep
so the current won't get in the way of her scrubbing,
the gleam she demands of her machine.

She doesn't care what I see, and I am grateful,
but not cured. I walk farther in to hide
myself in the water, so the birds and mangroves
don't see me lift my shirt to scrub.
I tell myself to ignore the danger I've learned is
dormant on exposed skin, activated
by sunlight, by wind on loose cotton,
made nuclear when a man's eye
rests on it.

ODE TO MY GRANDMOTHER'S MOUTH
from In Praise of our Absent Father
by D.M. Aderibigbe

My grandmother's voice replaced
the day when the sun died.
My cousin hatched
a matchstick, rounded
fire over the threads
of a kerosene stove:
water boiled. My cousin stirred
a bowl of Elubo Lafun
in the steaming
pot with a pestle. My grandmother
ate; she sang my cousin's Oriki.
My grandmother,
her mouth a wrinkled tunnel
leading to more stories:
of a girl who ate two apples
and became pregnant;
of pregnancy
which grew not knowing
what the voice of a father
sounded like; of pregnancy
which spilled my sister
into the palms of no man.

MIND
from The Leaving
by Hope Wabuke

They thought
the leaving

would be like the banyan tree
rising to spread wide
branches turned down become
root again, grow new life.

But there is work
that must be done

to connect deep and
strong inside alien ground.
You must speak. You must let yourself be known
by these new children in all your glorious

tangled mess of becoming. Your culture also.
Burrow down deep in this. Else,

for there are always storms coming.
Rootless. Apart you break.

HOW TO LOVE
from Painter of Water
by Gbena Adesina

This is how you love in war:
You put a bit of yourself in salt and water and
feed it to him. You make his hands write a map
that softens the night on your cheeks and then you
open a tiny follicle in his eyes and say, Shabash, Shabash,
Shabash. Shabash being your name, so that
when the city slips out of your hand and becomes the fire
you and your son are running from, he to the South,
you toward the North, you will pray your last, knowing
he will live with your name singing in his eyes.

To the things that go "bump" at night.
I know where your mother lives.
I know that your father is a salesman from a small village which eats their
child's placenta as soon as they are born.
I know that your sister had dreams of becoming an acrobat,
she saw one once in a white man's home and marveled at how angelic she looked.
Your grandmother became an angel the night her son was set on fire.
You can still hear her hum a jita song at night
when you wake up to fetch water for the little boy you think is your brother.

MEMORY: A PARABLE
from Survival Kit
by Chielozona Eze

I know a thing about memory:
It's a blind dog left in a distant city.
It finds a home in a shelter, waiting for love.
Months on, chance brings its master around.
At the sound of his voice it jumps and barks
and whines and wags its tail.
Will the master reject it again?

But memory is not a dog.
It's a cat:
stubborn,
clingy,
quiet,
purring beside you
even while you're on Facebook or Skype,
even while you watch Germany play Brazil.

Memory is a tick
that loves you
because you're warm.

If I preserve you, tick,
full of my blood,
in a pickle jar,
it's to keep before my eyes
how mortal I am.