Home > Features > In Their Own Words > Felicia Zamora on “Beautiful Fault” 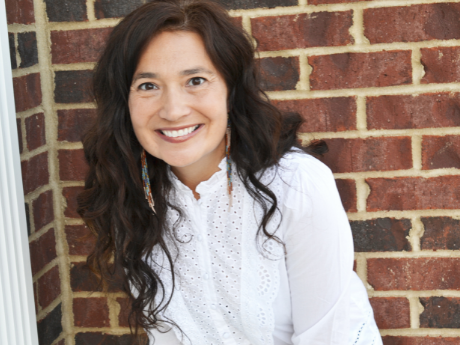 Let’s say I am significant & this,
how this leads to all possibilities
inside & outside the skull—this too,
a form of logic & fact
of imagination, as imagining itself into
fact—we imagine
ourselves every moment; I
create I; how we find ourselves
in space of each other; how
a page waits
on tip toes, on edges for
our participation. Do you feel
attention in these inadequate
strokes of language? Foundations
matter. A lack defines only
relative to something other; I am
something other & I love you
regardless of the withouts
you labeled me, regardless of
your knuckles at my lips &
how I’ve come to know
the taste of iron in my blood
& I want to believe that makes
me strong. Who gets to decide
what without looks like? I ask
but you know that I know;
I know I know—how I find
comfort in questions
you do not wish me to ask
about my body, my brownness
relative to you; relativity
used to be a game
in grammar school, you named
me greasy spic, you named me
dirty beaner, my vagina taco, you slashed
words at my body, a game
you thought to play me to pock me
to shut me up by gouge
& in the shower, I’d pick
at the holes your words
carved from me, place each
scab on my tongue & spit it out;
each scab torn to deepen the scar—
I wanted to remember
in the mulberry trees
my brother taught me
scars are wounds that bare memories,
gifts of resistance; he squinted
in use of the word gifts; what he meant was
it’s not my fault
that someone hates me before knowing
I exist; what he meant was
a fault exists in the vault of every universe
& my body is welcome there;
what he meant was
if we fracture a system long enough
our voices build
a neoteric system
with our voices inside;
what he meant was the lived faults
of me gather year over year
& make me whole & love me
& make me whole
& love me; what he meant was
we conceive ourselves first—fact
& tailor the world to hear us,
tailor the world.

From I Always Carry My Bones (University of Iowa Press, 2021). All rights reserved. Reprinted with the permission of the author.

I often think about being young where so many people tried to define who I am and what I am capable of for me. I wonder about our trajectories being our own and not fully our own at the same time. Was I destined for poetry? I admit, many factors pointed to why I should never have been a poet: being a slow reader as a child, having to prioritize work over school growing up, being told I had nothing to give, racism, not seeing Mexican or Latinx or any BIPOC writers in books in K-12, the weaponization of language toward me and also from my own mouth, and not understanding what phrases like do what you love could possibly mean for a first generation, poor kid like myself. Yet, poetry found me. I suppose we found each other, despite. I wonder about defiance, where it comes from. I’m comforted by writing in an artform that cultivates dissent.

In I Always Carry My Bones, I’m interested in the interstitial webbing that connects us to each other as humans. Embracing the unknown, the fluid, the doubt, and the failure, all matters to me. Language is an engagement of relations. A word’s definition gets turned inside out in relation to the words next to it. Words are fully formed, yet never fully formed in singularity. Words require plurality. Words lack. Words lack so much; and still, this inadequacy constitutes one way in which we commune with each other. Language is such a lovely failure. What I do know: Context matters. Foundations matter.

“Beautiful Fault” meditates on foundations. I wanted to speak on how a person, a brown body, can be fracture—embodiment of the act of fracture. Many BIPOC and other marginalized people fracture our environments, structures and cognitions on a daily basis—simultaneously a liberating and extremely culling experience. Fracture intrigues me. Fault lines intrigue me. The young-young version of me didn’t really concern herself with fault—as in whose fault was it that I had a mustache at eight, whose fault was it that my mother stood in line at the food pantry every week, or whose fault was it that the motel had rats. Fault felt less immediate than survival, but also fault was constantly projected onto me. I internalized it. Fault grew inside me as bulbous questions sagging and sagging. I became daughter of doubt. Had I deserved to be punched? What had I done? Why all the violence? What had I done? What happens when we dwell in pieces? The whys and withouts became inquiries into social structures, systemic behaviors and the powers and limits of language.

Over time, memory unhides from me. My brother and I used to linger in the mulberry trees outside the motel. Our stained limbs draped over and through bark and berries all day long. We contemplated the world there. Imagined ourselves on rocket ships headed toward other galaxies. These memories with my brother combined with the imagination of “what he meant was” created the conversation around fracture as entry (like the comet cuts across the sky, a slice in the veil of belonging, a slice to put our legs and arms through, to find a world that makes sense), fracture as welcoming, fracture as the body—the body in and out of love with the body.