Florencia Varela on “The Ministry of Memory” 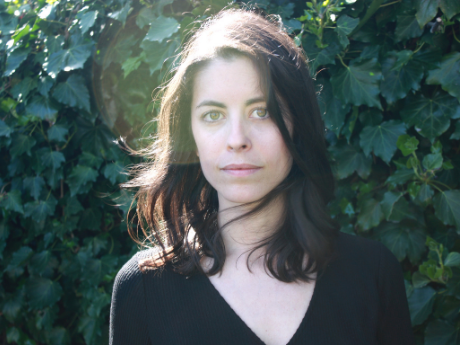 The Ministry of Memory
VII

If you’ve seen
anything
one thousand times,

in grief,
we own.

When I own,
I exist.

to take on
everything to heart.

What I own
I can bury.

When that
baby died,
and it wasn’t
mine,
that was

that.
She was born
when she was
buried.

to say anything
one thousand times:

In my Paris
Nothing happened.
I charm myself.

I will have
always had.

She with old
eyes and cats,
she who lost
a child,
buried herself
into the city’s walls.

In grief,
we build.

A building I had
seen one thousand
times over.
When I own,
I exist.

Without warning
I remember
everything
about her face.

If you’ve heard
anything:

On “The Ministry of Memory”

This poem had been in knots for over four years—first drafted in 2016, first published in 2017, and in a continuum of iterations until it landed as the end poem of a collection. It began as a portrait. After years of not returning to Buenos Aires, I finally made plans to return in 2016. A priority, outside of visiting a community of family and friends, was to seek out the Kavanagh building, built in 1936 as a spite house—a brick and mortar manifestation of a grudge between two families.

By the time I landed in Buenos Aires, a series of griefs had begun compounding. My body would not be able to become pregnant (at least not without heavy scientific intervention). Two women I knew suffered miscarriages. My mother’s mother’s dementia progressed significantly every day. The Trump presidential campaign publicly embraced racist and anti-immigrant rhetoric. It felt, and ultimately was, impossible to unbraid these events, especially when standing in the shadow of a vengeful monument.

The mother goes, the mind goes, the body goes, our histories go. Everything must go. And while the going never ended, I did observe a small moment of power. I started understanding grief as an act of ownership, a final claim.

The collection, The Returns, ended up growing from and around this poem, even as it continued moving through edits and iterations. The piece itself became my own spite house—a stake I put in the ground, as I tried to reconcile the immense history and potential that a body can carry for both creation and grief.

Four years later and it’s still impossible for me to separate building from burying. We now live in extraordinary times, framed by unprecedented loss and pain and accented by a fragile American democracy. We will not escape the collective grief, but especially after writing this poem and reading it innumerable times, I now ask of me, of us, how we will build beyond spite?