Jan Verberkmoes on “Elegy as Conditionality” 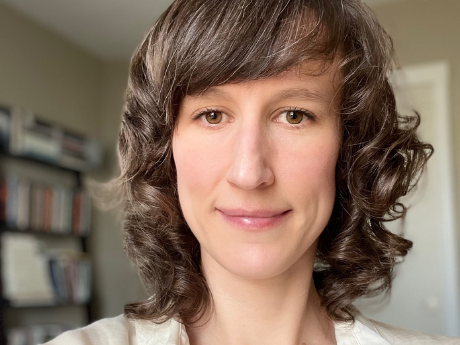 Reprinted from Firewatch (Fonograf Editions, 2021). All rights reserved. Reprinted with the permission of the publisher.

On “Elegy as Conditionality”

Like many of the poems in Firewatch, the collection that this poem dwells in, “Elegy as Conditionality” attempts to make by unmaking. With this poem I wanted to see if I could describe a loss—the shape and weight and texture of it—in terms of syntactical fracture. That is, I wanted to see if I could convey something not with the semantic value of words, but with broken elements of grammar. Exploring this idea mostly led to questions. How does the dissolution of syntax relate to dissolution in the natural world, or the interpersonal? Can the linguistic structure of a poem create meaning in the absence of narrative structure? What does the poem give the reader by withholding?

In “The End of the Poem” Agamben writes that “poetry lives only in the tension and difference (and hence also in the virtual interference) between sound and sense, between the semiotic sphere and the semantic sphere.” I read this just recently, and I think it helps me understand why I chose to enter the poem in the way that I did. But beyond the tension between sound and sense, the tension—or suspension of fulfillment—in “Elegy as Conditionality” also arises from a reader’s preconditioned anticipation of outcome in a conditional sentence. In the English language, a conditional sentence is built of two parts: protasis, which is the subordinate clause that describes a contingency (the “when” or “if” clause) and the apodosis, which is the independent clause that states the outcome (the “then” clause). Separating the protasis from its apodosis, again and again, opens the poem up to what is, for me, a frustrated sense futurity. Frustrated because it refuses certainty, because it supplies only contingencies and no outcome. It creates a mounting sense of expectation that goes unfulfilled, line after line, and I imagine the reprise of this unfulfillment creates a longing for the apodosis in the reader, a wide-openness to receiving it, and therefore a vulnerability. And, for me, it is in that uncertain space of possibility that the poem lives.

I also wonder if it is paradoxically the incompleteness of this poem that creates its wholeness. The loss signified by the missing apodosis is also mirrored in the fractured metaphor that the poem constructs. If a metaphor is built of two parts (the tenor, which is the subject of the metaphor, and the vehicle, which is the figurative language used to describe the tenor) this poem enacts a metaphorical failure by being all vehicle and no tenor. The subject of the metaphor, the particular loss the poem grapples with, is withheld from the reader and exists only in their imagination. The poem’s vehicle remains empty, or rather, remains a space of unrealized potentiality, and thus the metaphor is itself at a loss, is losing itself. And what is loss if not the structural collapse of connection?