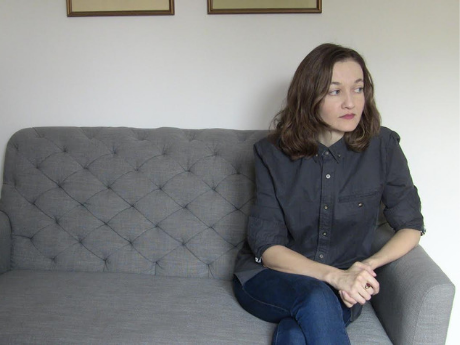 [a painting at the Palazzo Barberini in Rome]


A solid quarter
of it is blotted burnt umber
for the hull, a scripted curve, as if color
bricked over and over
could send a sailboat blowing from the canvas as matter.

Similar:
shipping the goddess from a backwater
then setting her up here.

And I'm the golden retriever.

Eyeballed from behind, female with yellow hair
contending with a hawser.

Manifestly unafraid to show my rear.

"Sip antiquity from my spot on the Tiber!"

Not everyone is born to be a master.

He did sketch Michael roosting with his sword
on the grave of the Roman emperor
in perspectival miniature,
echo of the statue in the fore.

More on her later,
all the eunuchs and bees you can muster.

If you had to name the gesture
of the frontman with the beard
and frock of a Church Father
gaping at me from the future,
you could do worse than basta—hands perpendicular
to the ground, each white palm a semaphore,
head tilted halfway between concern
and something he won't declare.

To all the girls Bernini loved before
I'd say, caveat emptor.

The deathless ars
longa, vita brevis guys will have me clutch a carved
toy boat but this provincial follower
of Raphael goes for the ocean liner.

Reality's my kind of metaphor.

The heavens circulate with the times on the far
horizon and I don't have anywhere
to be except this unambiguous shore.


From The After Party (Tim Duggan Books, 2016). All rights reserved. Reprinted courtesy of the author.

Visiting museums in Rome a few years ago, I was surprised by how much of the post-Renaissance art—because there was just such an amazing quantity of it—was bad. Piles of awful eighteenth-century portraits, lots of minor paintings from major periods. But seeing this kind of work was strangely stimulating (giving glimpses of creative activity you don't see at, say, the Metropolitan Museum), and when I came across Benvenuto Tisi's scene of an obscure classical episode I stopped short and stared at it for a long time and returned to it over several visits.

The painting shows Claudia Quinta, a Roman woman maligned by gossip, proving herself virtuous by single-handedly hauling a ship off a sandbar in the mouth of the Tiber; the ship contains a statue of Cybele, a goddess from Asia Minor, who will soon be adopted as a new Roman deity. Ovid mentions the episode in his long poem Fasti, which he wrote in exile in a futile attempt to impress the Emperor Augustus and return to Rome. Though the passage is brief, it's hard not to feel that Claudia is partly a stand-in for Ovid himself, who in writing this poem cataloging Rome's rituals is trying to prove his worthiness as a Roman citizen, his sense of belonging to this culture.

What seized me when I saw Tisi's picture was its literalism: painted almost as storybook illustration, its every detail is rendered doggedly and in the same rigid brushstrokes, as if to nail down as much of its meaning as can be conveyed without words. Did Tisi have doubts about the expressive power of his art form, or was this the only way he knew to paint? There's something very poignant to me about this kind of bad painting, which inadvertently makes formal insecurity part of its theme.

And the more I looked at it, the more I felt for Claudia Quinta, immortalized so ineptly by a male artist who automatically enjoyed a thousand more opportunities than his average female peer—a predicament that happens to apply to most Western art, at least the art made before the last few decades. I found myself compelled, for a long time afterward, to imagine Claudia's situation, both in her legend and in this painting. The poem grew out of those imaginings. Its formal traits—the monorhyme, the relentless declaratives, the indifferent line and stanza breaks—spring from my attempts to find linguistic counterparts to the severe, almost comical limitations of Benvenuto Tisi's painting style, which after all shape the way Claudia Quinta is able to present herself to us still.

One day in New York City, about twenty years ago now, I was mistaken three times on the same day for a man I had never met. It happens in my life, every now and then, but that first time, it was specific: there was a festival of South Asian dance happening, and there was a dancer there who bore some kind of strong resemblance to me. One person recognized me on the street, another woman in the subway, and finally sitting down to dinner at Baluchi’s in the West Village, the waitress exclaimed in delight when she saw me. T